The world does better with measurable targets and a clear strategy for achieving big, audacious aims. By design, this type of goal setting needs to be ambitious.

At the turn of this century, when the Millennium Development Goals were created, later morphing into the Sustainable Development Goals, both sets of goals included steep targets for human development. While the world didn’t quite meet the full ambitions of some of the MDGs, the progress that was achieved allowed the world to again think big about the prospects for accelerating our efforts, this time as a universal agenda and not just poor countries.

It is in this spirit that the Bill & Melinda Gates Foundation recently launched of a report, ‘Examining Inequality’, which continues to demonstrate how the world is coming to grips with the big challenges in health and education.

‘Best Buys’ of the future. The good news is that this new data illustrates some surprising signs of progress, with modelling that shows that every country in the world has reduced child mortality and increased levels of schooling dramatically in the past 20 years. Even in the worst affected areas of the world, we have seen a 99 per cent increase improvement in both child mortality and schooling.

Taken together, the results are fascinating because for the first time they contain district-level data; micro-targeting that gives us a sophisticated insight into the changes that are occurring, and which guides our understanding of the result of investments and what will become the ‘best buys’ of the future.

As an organisation, the Gates Foundation has been active in trying to move the development dialogue and to stress how important it is to invest in what’s referred to as human capital – particularly in health and education. Our work has been backed up by studies that demonstrate the long-term economic benefits of strong health and education programs, particularly in countries where there are high percentages of young people. It’s easy to chart the stark differences in economic growth between those countries in Southeast Asia that made large human capital investments when experiencing a demographic ‘bulge’ in populations of young people and those that didn’t. The findings will be particularly useful in Sub Saharan Africa where more than 70 of the region’s population is under the age of 30. As these young people grow, they can either contribute to unprecedented growth on the continent or be a source of instability that impacts security around the world.

While our Goalkeepers ‘Examining Inequality’ Report illustrates some of the progress achieved in recent decades, it also shows huge gaps that remain between the best and worst off. Almost half a billion people (nearly 1 in 15) still live in communities without basic health and education. Simply put: those are the bottom are not progressing fast enough to reach a decent standard of living. The two major factors driving this global inequality are geography and gender. Huge gaps remain between rich and poor country, and within countries. In high income countries, child mortality is less than 1% and nearly all countries have more than 12 years of education. Yet the same cannot be said of a single country in Sub Saharan Africa or South Asia. 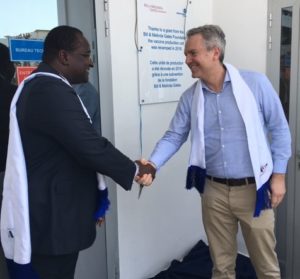 Accident of birth. High population countries like India and Nigeria have some of the largest inequalities. Within India, child mortality ranges from 8% in some districts to less than 1% in places with better health access. We see similar variations in education levels. Today, the geographic accident of birth still remains a major factor in determining your future.

Another sad reality is that no matter where you’re born, your life is harder if you’re a girl. A combination of social norms, discriminatory laws and policies, and gender-based violence limit girls’ opportunities around the globe. This shows up in several ways. Girls typically spend 40 percent more time on unpaid household chores than boys their age. In sub-Saharan Africa, girls average two fewer years of education than boys. And in the labour market, 24 percent gender gap in participation by women. In India and Pakistan, where women do the most household work, the gap is even greater.

So what’s the answer? First and foremost, governments must invest more in those at the bottom to close the inequality gap and reach the SDGs. Without a more targeted approach, the majority of children living in low and middle-income countries won’t reach the child mortality or education SDG targets by 2030. Governments should prioritise primary healthcare for all, delivering a health system that works for the poorest. They should invest in digital governance, ensuring governments are more responsive to the poorest and least empowered, including women. And they should urgently act to address the looming effects of climate change, starting with farmers who will face worst effects of a warming planet.

While we need to encourage countries to make these necessary changes, we still face a huge challenge in making the case for multilateralism to fight global problems. Climate change and epidemics continue to be issues with no regard for borders. Yet, perhaps the biggest hope for optimism is the progress that has been made as a result of international cooperation so far. The latest replenishment of the Global Fund, an entity set up to fight HIV/AIDS, tuberculosis and malaria, is on track to be a historic fundraising round, helping to reverse the effect of these three big killers.

‘If it bleeds, it leads’. There is certainly reason to feel positive about our progress as a society is making, even if it is also true that credit isn’t always shared for the remarkable developments that have taken place. Across the world, it remains difficult to sell good news – ‘if it bleeds it leads’, as the old adage says.

Today, more is being done than ever before, particularly against diseases that were raging across the planet 10-15 years ago. There may not be an antagonist, enemy or villain to blame, so we have to do a better job of storytelling and inspiring people to believe in the struggle to eradicate them. But the way in which so many countries continue to pledge billions of dollars for diseases thousands of miles away from their shores, with very little publicity or press coverage, suggests that compassion and empathy are still features of international cooperation.

One further positive development is pace of innovation and the opportunities this presents. Whether in the form of new medicines — or the ways in which we’re able to deliver these tools — new seeds to help small farmers to be more productive or new technologies to help transition the world to a low carbon economy, innovation continues to help us imagine new ways to fight stubborn global challenges. 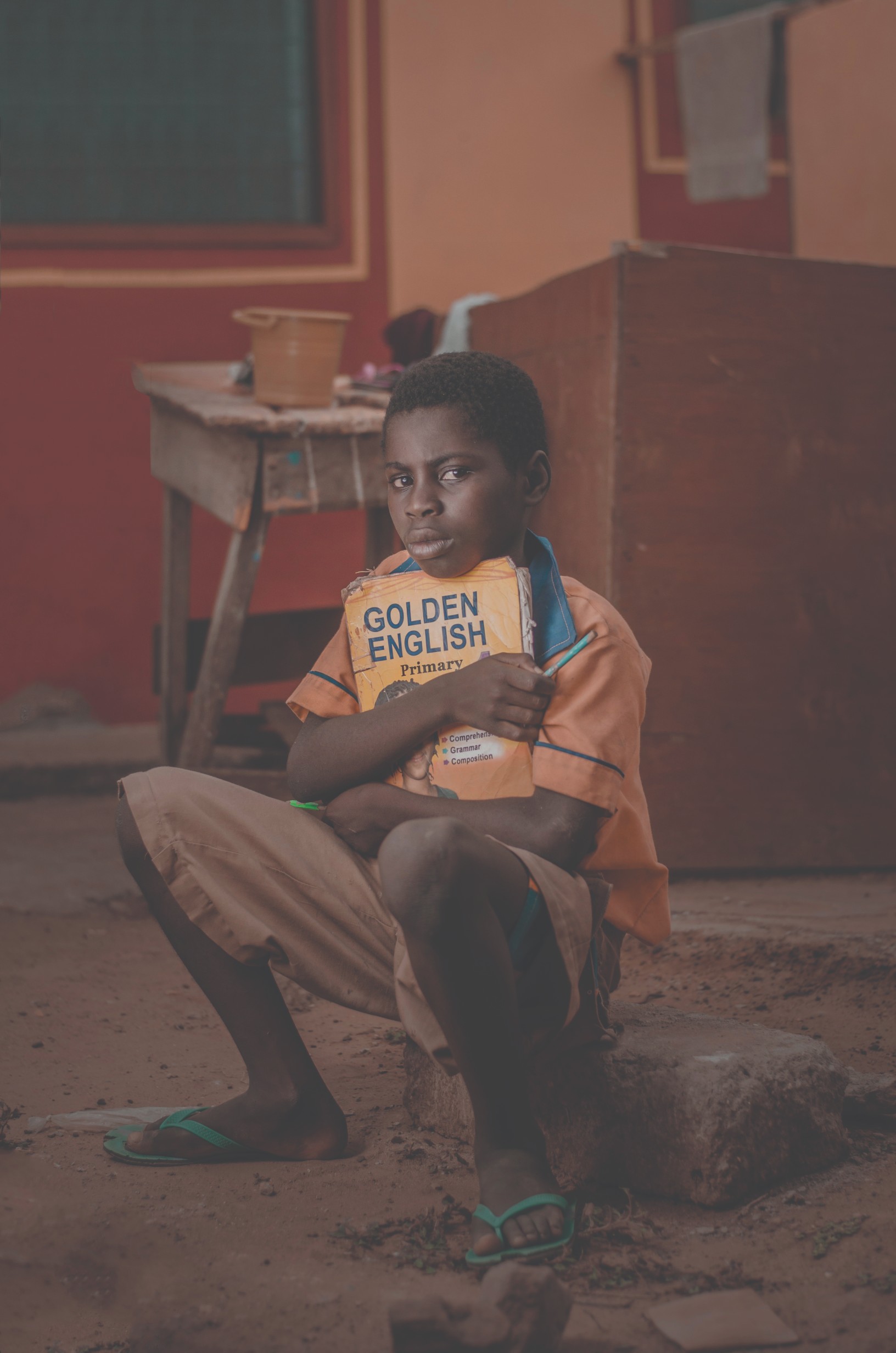 A practical plan. Another example of how we can use innovation to fight inequality is in digital financial inclusion. This year, Melinda Gates outlined a series of recommendations to the G7 that shows how we can empower more than 400 million people on the continent by providing access to digital services, including mobile payment platforms and digital identity systems. It also lays out a strategy for how governments in Africa can build their capabilities to be more digital-ready and embrace new technologies that will allow them to deliver services more efficiently to citizens. It’s a practical plan for creating a world that is both more prosperous and more equal for everyone for equality that we can start implementing right away.

On a personal level, I feel incredibly fortunate to have been working for an organization whose mission is to help everyone, everywhere to live a healthy and productive life. In my nearly 20 years with the foundation, I’ve had the chance to travel to all parts of the globe. One of the most gratifying experiences is to revisit these places and see how much progress has been made and to meet with people on the frontlines effecting this change.

The Ethiopian miracle. One of the best examples is Ethiopia, a country that has moved from desperate poverty, with high levels of malnutrition and mortality for children under five, to now having one of the best health systems on the continent. Ethiopia’s example and many others directly challenge the commonly held notion that extreme poverty is an intractable reality.

Although I’ve only been around for 50 years, I do know it’s better to be alive in this era than in any time in human history. By almost every measure, life is better today than in previous era. We have health, better standards of living, and a host of innovations that have made the quality of life so much better than just 100 years ago.

The challenge ahead is the challenge of inequality and making sure that everyone has the chance to fulfil their potential, no matter where one is born or their gender. While this is a formidable task, the progress we’ve made should give us confidence and lessons for how to meet this challenge.

Joe Cerrell is the Managing Director of Global Policy and Advocacy at the Bill & Melinda Gates Foundation.

Next week: Zion Lights of Extinction Rebellion and H.E. Dr. Bandar Hajjar, President of the IsDB