When it comes to activism, success means mobilising 3.5% of the population 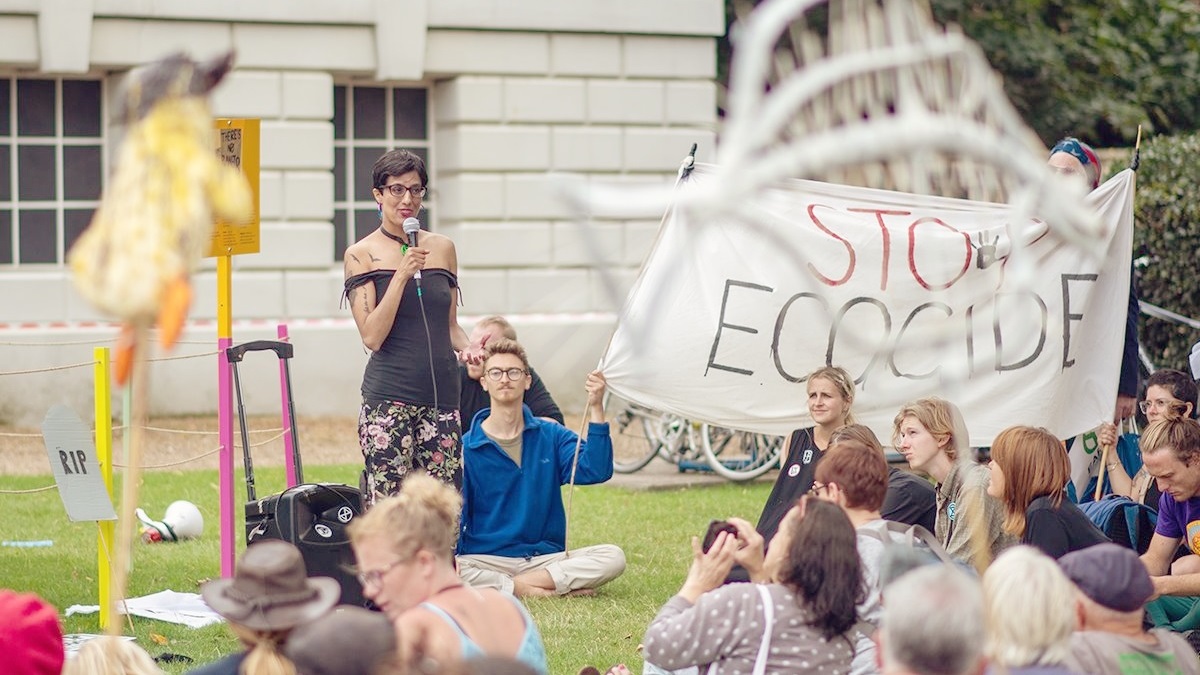 How do you start a movement?

There have been many varied successful social movements over the years and the beautiful thing about Extinction Rebellion is that it is based on research that has analysed those movements. XR’s founders include scientists and academics who looked at the available data and formed our “theory of change” based on them. One of the main bodies of research has come from Professor Erica Chenoweth, who found that successful campaigns need to mobile up to 3.5 percent of the population to achieve their demands. In Chenoweth’s paper she studied 323 social movements and found that the most successful were: a) non-violent b) decentralized c) practiced constant, disruptive civil disobedience – i.e breaking the law and d) they took this NVDA to the capital cities, which is why our main actions in the UK are in London.

What did you learn from movements that had failed?

It’s odd to say that previous movements failed: I suppose it depends on what their goals were and whether or not they felt that they had been met. We generally see ourselves as standing on the shoulders of those many activists who came before us, whether or not their aims were met. In the case of Extinction Rebellion, none of our demands have actually been met, yet we’ve helped to get the climate and ecological crisis in the agenda and into public consciousness. That in itself has been an achievement.

What have been the most successful grassroots campaigns and why did they work?

There have been many successful movements over time - for example we all know about the Suffragettes who fought for women’s rights, Gandhi’s movement for Indian independence, and Martin Luther King Jr’s campaign for civil rights.

But as Chenoweth says, there is no blueprint for success. The reasoning behind the 3.5 percent of population engagement figure is that once a movement achieves that number, everyone knows someone in the fight. Everyone has a neighbour, a daughter or an uncle, involved in the movement. So, if the state comes down heavy on us, it might be that people pick a side whereas previously they hadn’t done so.

As I said earlier, it’s difficult to speak of movements in terms of successes. This is all one big social experiment, but the cost of losing is basically all life on this planet.

How deeply do the public care about these long-term issues and how can they be made to care continuously?

There was a poll by Christian Aid a few months ago where they asked the public what their most pressing concerns were. 71 percent of people said that they want Boris Johnson’s government to focus on climate change, so actually, ordinary people don’t massively need convincing of anything.

Equally, just a few weeks ago an Ipsos MORI poll found that 85 percent of people are concerned about climate change, and 52 percent are very concerned – these are the highest levels Ipsos MORI have recorded since they began tracking concern in 2005.

The problem is that our democracy is broken, so we’re not seeing these views reflected in the government, and we’re not seeing them reflected in the media, and that’s why our number one demand is ‘tell the truth’: to get the government and the media to tell the truth about the scale of the crisis that we are in. Until we see these concerns raised in the cabinet and the news on a daily basis to reflect the fact that we are facing an emergency, we are nowhere near achieving the aims needed to prevent runaway climate change and further mass extinction.

Zion Lights is a spokesperson for Extinction Rebellion