There is often a sense of déjà vu when it comes to technological innovation and nothing proves the case more than the virtual reality or VR revolution that is quickly building a head of steam. VR headsets, helmets and immersion have all drifted in and out of fashion between the 1950s and 1990s without really making a commercial breakthrough.

The 1992 movie The Lawnmower Man, which was built around the concept of VR, threatened to be the apex of mainstream interest in VR as the companies that had fuelled a briefly thriving cottage industry in arcade game VR either went extinct or lost interest.

Yet almost a quarter of a century later and VR has enjoyed an unexpected renaissance. Facebook’s acquisition of Oculus Rift, HTC’s Vive, PlayStation’s Morpheus projects and Google’s Cardboard have all made virtual more of a reality for a new generation of gamers, businesses and applications. With connectivity speeds and computing power finally having caught up to the vision of the VR pioneers, the technology is tipped to enjoy a breakthrough year in 2016.

This is not just the stuff of science fiction anymore. Citi, the investment bank, estimates that the market for hardware, networks, software and content will reach a staggering $200 billion by 2020.

The story behind virtual reality

The earliest forms of “artificial reality” were rooted in projects in the 1960s when the pioneers of the concept looked beyond early attempts at 3D cinema to create immersive computing systems. Nasa started to develop the technology as an advanced flight simulator in the mid-1960s, a project that came to fruition during the first Gulf War. 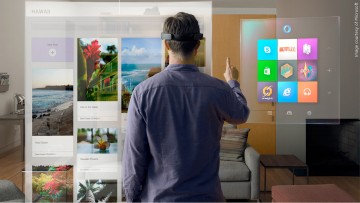 The possibilities for Virtual Reality are endless

In the late-1970s, students working with head-mounted VR systems started to consider commercial applications which led to the foundation of some of the world’s first VR companies, including VPL which developed the briefly famous Z Glove that was quickly adapted by Mattel and Nintendo. W Industries, a British business, achieved some success with headsets for arcade games.

By the mid-1980s, VR was featured on the cover of Scientific American and National Enquirer, but it didn’t last. VPL went bust and disappeared into the ether as the internet became prevalent. For gamers, the graphics on a flat TV screen had quickly surpassed anything VR could conjure up. Those companies that survived did so moving away from entertainment and towards business applications, such as 3D visualisations of oil wells.

Yet one young man, a fan of The Lawnmower Man, didn’t lose interest and reignited the VR sector. This year Palmer Luckey, the founder of Oculus Rift, appeared on the cover of Time Magazine and VR was once again a cause célèbre in the technology sector with HTC, IBM, Apple AMD and Sony all gearing up for big things.

It is not just the technology companies getting excited about VR. The movie industry is clearly excited about the prospects of immersive cinema with 4K screens already proving there is a market beyond cheap 3D glasses. The new Star Wars: The Force Awakens has been accompanied by a VR trailer that has pointed the way ahead. 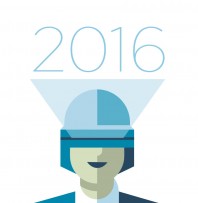 CCS Insight, the mobile research company, says: “By the end of 2016 all major new movies will have a 360-degree trailer. Movie-makers benefit from the ready-made publicity vehicle created by the hype surrounding virtual reality experiences. They also utilise the massive distribution networks of Facebook and YouTube, which both support 360-degree videos.”

Sky has been investing in a company called Jaunt to prepare for a world where news broadcasting is virtual, something it has already tested in a four-minute 360-degree report on the migrant crisis. Perhaps even more left-field was TGI Friday, the restaurant chain, offering diners a chance to take a virtual sled ride with their food. VR is quickly becoming a differentiator for a variety of businesses willing to invest and to explore whether the technology is ready for the mainstream.

Investment in VR is reaching fever pitch from Kickstarter campaigns to put cameras on the International Space Station to spice up science teaching in the classroom to Ericsson, the world’s largest telecoms equipment company, exploring how 5G network technology could utilise VR to wire up decommissioning projects of old nuclear sites.

The prospects for VR could be endless with the ability to draw users into virtual spaces providing a disruptive element to a host of sectors. Citi highlights remote medicine, military drills, pilot driving and theme parks as obvious applications for the technology. Mobile shopping, where consumers can browse virtual shelves, and remote maintenance of high-value machinery in the aerospace and oil and gas sectors is on the horizon.

“We expect 2016 to be the year that VR takes off in earnest,” says Citi analyst Kota Ezawa.

The technology is still nascent and much will depend on the public’s appetite for the technology. The success of new product launches this year from Sony and HTC could determine how much companies outside the high-tech sector continue to focus on the VR renaissance.