Experts from the field share their tips on how to run a sensitive, but thorough, enquiry 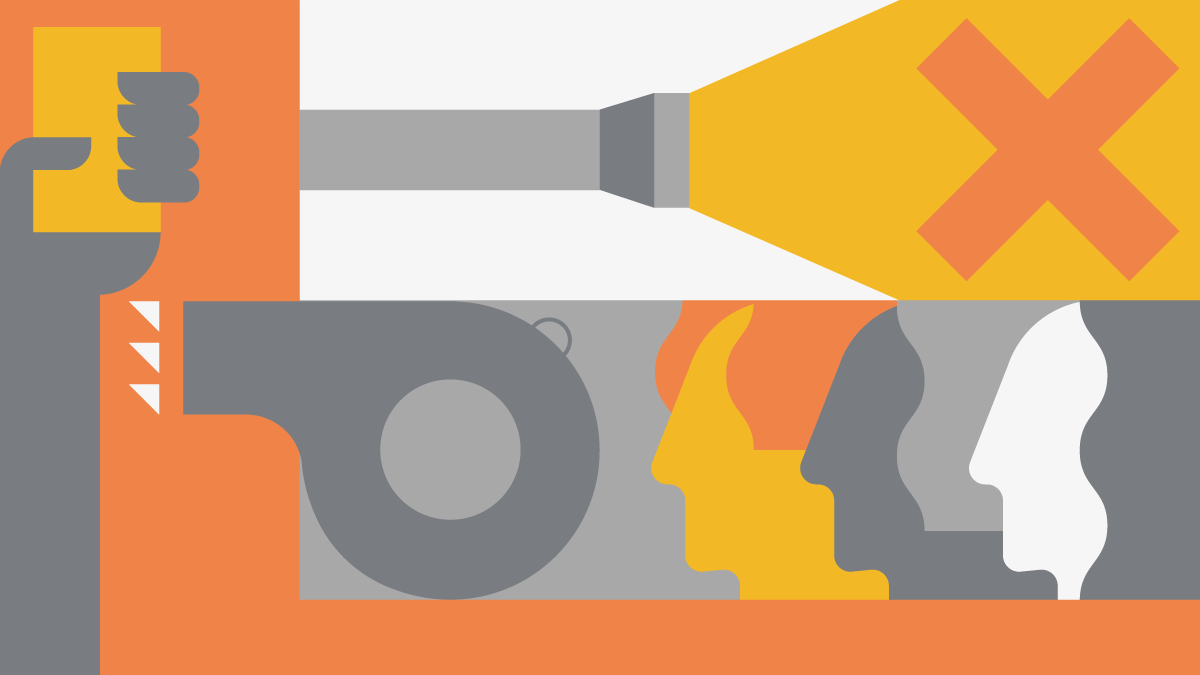 Investigating a sexual harassment case can be one of the most testing events in corporate life. Yet for many companies, a harassment report is a step into the unknown.

“Every company handles procedures and policies differently,” says Karen Holden, founder of A City Law Firm and renowned speaker on sexual harassment investigations. The result, if guidance isn’t followed, can be chaos. Lack of clear process means claims are not taken seriously or at least appear not to be taken seriously. In either scenario, staff morale can plummet. This can turn to cynicism and lead to the suppression of future reports of misconduct. Ultimately a just and legally enforceable outcome is endangered.

So what should companies do? The first thing is to prepare. Every company should have a rigorous strategy in place for complaints of all types so, when a complaint is made, human resources and compliance staff know how to react.

The opening mission is to show the complainant that their case is being taken seriously. “Businesses often become very defensive about complaints of sexual harassment and worry that upholding the complaint and taking decisive action will expose them to legal liability,” says Jane Amphlett, head of employment at law firm Howard Kennedy.  “But many victims just want the issue to be resolved swiftly and fairly. Taking an overly wary approach and trying to downplay complaints can result in the victim’s position hardening, increasing the risks of litigation and making matters much worse when the truth comes out.”

Nip it in the bud. If it festers, it is so much harder to deal with

An impartial team with a wide spectrum of competences must be formed. “You need to take the emotion out of it,” advises Philippa Foster Back, director of the Institute for Business Ethics. “That means putting the investigation in the hands of trained professionals. This may mean recruiting someone from outside the organisation who will be seen as neutral.”

Not all companies do this. But there is a strong body of opinion that external investigators are the best way to ensure impartiality and convey that to all parties including witnesses.

“The problem you have as an employer is that employees may not want to disclose information to someone who works for the company,” says Ms Holden. “Do they want to get involved in something as controversial as a sexual harassment suit? Will something they say count against them in the future? You have to remember that staff worry they could lose their job. We’ve had rape cases which have gone through private settlement. In sectors like finance, a job can be hard to get for a woman. You don’t want to be known as the one causing problems. It’s an awful situation, but that’s how it is.”

The investigating team needs to include all relevant parties, which may include HR, compliance, IT, legal and the business unit. Depending on the jurisdiction, it may be necessary to notify the police, as sexual harassment is commonly a criminal offence. This is especially the case in heavily regulated industries, typically where children or vulnerable people are involved, which further increases the duty to report such incidents.

As the investigation proceeds, a decision needs to be taken on how to handle the immediate problem of complainant and alleged perpetrator. If the two parties are working in close proximity, it may be prudent to move the alleged perpetrator to a different department or put them on paid leave to avoid daily interactions between the two parties. “I’ve seen cases where grievances were unresolved for six months,” says Ms Holden. “And it’s explosive. You are supposed to take action to protect the victim. If you aren’t removing the alleged individual, you are potentially causing harm. But too often there’s no real understanding of that.”

How the organisation handles the accused requires delicacy. Many men feel that employers are responding to every allegation of harassment with hasty terminations or remedial measures. Whatever resolution the organisation determines is correct needs to be the result of a thorough and well-documented investigation. This includes taking into account the view of the accused. “Perceptions of events can differ,” says Ms Foster Back. “Office banter can be offensive to some, but not by someone else. They may be totally taken aback by accusations. They need to be able to put forward their view. Again, this is why a neutral third party may be a good idea.”

Speed is essential. “You need to get the investigation wrapped up fast because of the whispering that goes on,” says Danielle Ayers, senior associate with law firm Gorvins. “You may have to suspend the accused, so you need to resolve things. I think seven to ten days is realistic for an initial investigation. But there will be complications. The complainant may be off sick, or hard to get hold of. Other parties may be away. There may be CCTV and emails to go through. These things add to the timeframe.”

Companies have a duty to pursue investigations with a just outcome as the priority. This may mean being tough on outstanding performers, if their behaviour is unacceptable. “Respect, as a value, does not mean anything unless employees at all levels are held to a tough standard of behaviour,” says Ingrid Fredeen, vice president at NAVEX Global. “This can require very tough decisions about good employees who are nonetheless disrespectful to others. It may require terminating employees who do great things for your business, but just don’t understand how to treat others with respect.”

It may require terminating employees who do great things for your business, but just don’t understand how to treat others with respect

Handling sexual harassment cases is not easy. Even supposedly well-staffed organisations make basic errors. For example, the Scottish government recently admitted to mishandling a high-profile inquiry into the behaviour of former first minister Alex Salmond. The authority appointed an official who had already met and counselled two complainants, making it impossible to guarantee impartiality. The error invalidated the entire investigation.

To help companies improve, NAVEX Global has published a 14-point list, offering a template for conducting an investigation guided by best practice.

In the light of the grave nature of the crime and the potential for mis-steps, it is more pressing than ever that companies deploy the training, strategies and cultural changes necessary to prevent and, if necessary, pursue complaints. “Look at bribery,” says Ms Foster Back, “there is training around risk and for managers on how to respond to situations. Sexual harassment needs the same awareness training. Nip it in the bud. If it festers, it is so much harder to deal with.”

Case study: Reminder of the personal cost of fighting back

Companies should not underestimate the stress placed on employees who bring forward a case of sexual harassment. A former British director of public prosecutions used to illustrate this by asking lawyers to discuss their best sexual experience. When the lawyers expressed reluctance, he would ask: “How can you ask people to discuss their worst experiences, in court, when you can’t even discuss your best?” A case in France illustrates how even the most cast-iron cases bring plaintiffs into situations of trauma and humiliation. Five workers in one of France’s largest cleaning companies brought a case against the company for the misdeeds of their supervisor. The abuse included kisses, unwanted touching and worse. “He would come up behind me in the bathroom, when I was leaning over to clean, and rub himself against me,” said one of the plaintiffs, before bursting into tears in the courtroom. The company refused to take action against the man for several years, not even to move him to a different department, where his actions might be less likely to occur. When challenged, the company fought allegations, taking the matter to court. The judge ruled the employees had “non-existent” protections and were “systematically sanctioned for it”. The plaintiffs said they initially refused to complain for fear of losing their near-minimum wage jobs. After winning damages of €20,000 for long-term sexual harassment, one of the plaintiffs was dismissed from her job. The court did not ask for her to be rehired.