Visitors to America’s great cities are spoilt for choice, but Billie Cohen has an itinerary beyond the usual suspects

New York was recently named the world’s favorite city. OK, the TripAdvisor survey put NYC second favorite, but number one was Tokyo and who can really compete with that?

As a New Yorker, I’m more than a little proud of this win. In fact I think I’m legally obligated by various NYC bylaws to assert that the Big Apple is truly the best city in the world and insist that you all visit frequently. As it turns out, you do. Yet another report found that more UK travellers flocked to New York than to any other overseas destination this past year.

That said, the sprawling United States of America are illuminated by many, many vibrant cities worth your time and hard-earned cash. And if you look at only the usual suspects – Los Angeles, San Francisco, Las Vegas and even NYC – you’ll be missing out on some of the country’s most exciting destinations. So as you think about where to travel this year, make sure you put the following five hubs on your list. Each is a unique urban microcosm, bubbling over with creativity, culinary inspiration, local character and a distinct, though distinctly different, American vibe. 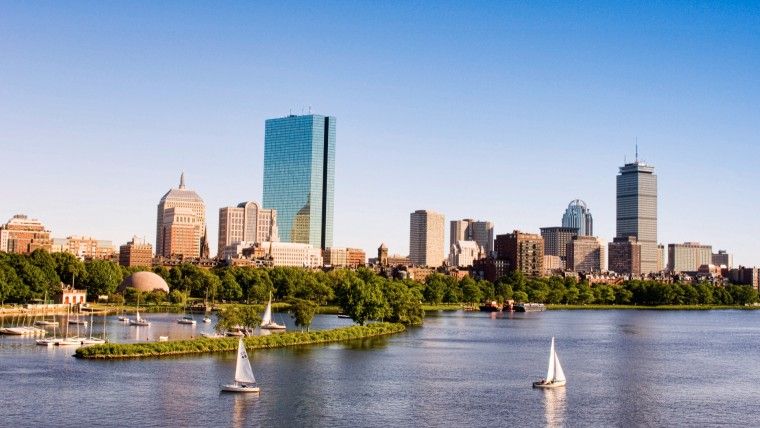 Boston is the historical heart of America. It even has a 2½-mile Freedom Trail winding through the city, linking locations that are significant to our past and, consequently, yours.

But Boston is exceedingly modern too. James Beard Award-winning food is being prepared in these kitchens, and some of the most impressive art and architecture is on display, both new and old; note the futuristic look of the Institute of Contemporary Art and the Victorian charm of the Back Bay neighborhood.

To get a taste of Boston’s famously fierce local pride, make time for a Red Sox game at Fenway Park, the oldest ballpark in Major League Baseball. And don’t miss the Isabella Gardner Museum, a fascinating place built in 1900 in the style of a 15th-century palazzo. On the night of March 18, 1990, 13 paintings were stolen, including works by Vermeer, Manet and Degas, and several empty frames have never been refilled. Nor was the mystery ever solved, not even by the geniuses at Harvard or MIT, the campuses of which – both in nearby Cambridge – are worth a stroll.

Boston’s Italian-American North End deserves a visit too, despite its touristy feel. Don’t be put off by the barkers and seemingly similar restaurants. Trattoria Il Panino has delicious food and the cannoli is great just about anywhere.

Use Boston as a base for exploring New England. Get a glimpse of America’s Gilded Age in Newport, Rhode Island, where you can tour eye-popping mansions that once belonged to the country’s filthy rich. Or hit the beach in Provincetown, at the tip of Cape Cod, known for its laid-back vibe, and its gay and lesbian community.

To the north, Kennebunk, Kennebunkport and Arundel are a strip of coastal villages that show off the best of Maine. Explore the rocky shorelines, take a whale-watching cruise and eat plenty of lobster. You might even run into George Bush whose family has been summering in Kennebunkport for generations.

A ski vacation in Aspen is not just about the skiing. Sure, the mountains are magnificent and the runs are top notch, but what really brings people to this Colorado resort-town is the glamour.

What everyone calls “Aspen” is actually four ski resorts: Buttermilk, for beginners and snowboarders; Aspen Mountain, for intermediate and experts; Aspen Highlands, the locals’ favourite with expert-level tree-skiing; and Snowmass, a top destination for families.

Wherever you stay, you’ll find plenty of luxury. The Little Nell is Aspen Mountain’s five-star ski-in, ski-out property. And the St. Regis Aspen gleams with luxe touches such as leather beds and desks custom-designed by Ralph Lauren. New arrivals include the ski-in, ski-out Westin Snowmass and the revived Jerome Hotel.

Be sure to make time off the slopes for the brand-new Aspen Art Museum. But who are we kidding? It’s the nightlife you’re here for. Though if you need a little pick-me-up during the day, look for The Little Nell’s pop-up ski-in, ski-out champagne bar, The Oasis.

Dinner is a see-and-be-seen event, starring some of the best food in the country. Sushi genius Nobu Matsuhisa has an eponymous – and expensive, but worth it – outpost, while the Chef’s Club by Food & Wine, a partnership between the St. Regis and Food & Wine magazine, lets America’s best new chefs take turns curating the menu. Or catch them at the annual summer Food & Wine Classic.

After dinner, post yourself on celebrity watch at the Jerome Hotel’s historic J-Bar, where John Wayne and Hunter S. Thompson hung out in their days. Or opt for Justice Snow’s, where the beautiful people sip handcrafted cocktails amid mining-town-chic decor.

When it’s time for a different buzz, head to Denver, which has much more to offer than its newly legalised marijuana shops. Remember, you can buy it, but you can’t fly home with it. Art fans will admire the Daniel Libeskind-designed Denver Art Museum and beer fans will appreciate the city’s thriving craft-beer scene, arguably the most interesting in the country right now. 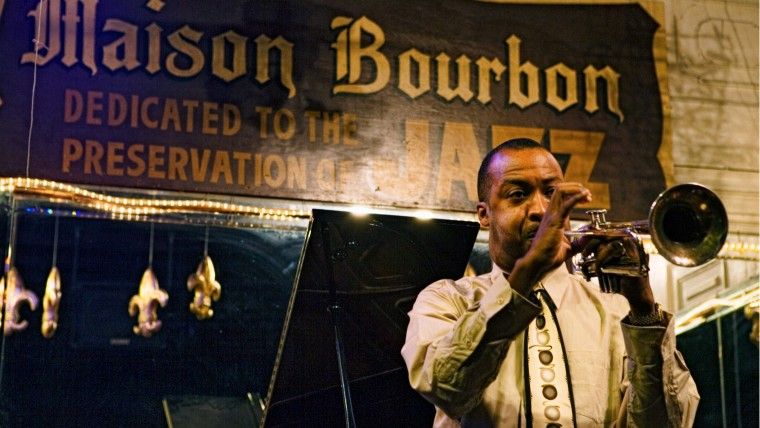 When you think of New Orleans certain things come to mind: Mardi Gras, Bourbon Street, jazz and maybe, most notably, Hurricane Katrina. But nine years after the flood, New Orleans is not only recovering, it’s thriving.

Start your tour in the enclaves that made NOLA famous. Ogle the antebellum mansions of the Garden District and then indulge in brunch at Commander’s Palace. Originally opened in 1888, this grande dame of the New Orleans culinary scene gave us Paul Prudhomme and Emeril Lagasse, as well as its current chef, James Beard Award-winning Tony McPhail. In fact, New Orleans chefs are winning all the James Beard awards lately; don’t miss Ryan Prewittof at Pêche Seafood Grill or Sue Zemanick at Gautreau’s.

If you’re only in New Orleans for the beignets, head to the French Quarter for what some claim are the best in town: Café Dumonde has been hawking the delicate fried dough pastries at its French Market location since 1862. Don’t forget to look up and around while you eat; this central neighborhood is where it all began, established by the French in 1718, it’s where you’ll find party-central Bourbon Street and, a block away, the shops and buskers of Royal Street.

Each is a unique urban microcosm, bubbling over with creativity, culinary inspiration, local character and a distinct, though distinctly different, American vibe

Be sure to venture into the city’s other eclectic enclaves, including colourful Faubourg Marigny and cool Bywater. The Marigny’s club-lined Frenchmen Street is a local mecca for music fans and Bywater’s St Claude Arts District will give you a taste of the city’s current art scene.

Because of higher elevation, these two enclaves escaped the worst of the flooding, but there’s rebirth even in the harder hit areas. The Treme is now more famous than ever thanks to the cable network HBO’s series, and green and affordable construction projects continue to bring people back to the Lower 9th Ward. Brad Pitt’s Make it Right foundation is building 150 eco-friendly homes there, designed by starchitects such as Frank Gehry and Shigeru Ban. And in the Upper 9th Ward, Harry Connick Jr. and Branford Marsalis worked with Habitat for Humanity to erect Musicians Village, which created homes for several generations of the city’s artists.

Outside the unique ecosystem of NOLA, you can find two others worth exploring. To the south is the bayou, the marshy bodies of water that spread out like lace into the Gulf of Mexico. Base yourself in Houma, where you can charter fishing boats or take swamp tours.

To the east is an entirely different kind of shoreline: the perfect white-sand beaches of north-west Florida. Both Pensacola and Navarre beaches are gorgeous, and the latter has artificial reefs which are great for scuba diving. 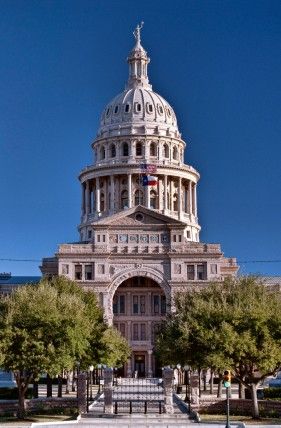 These days, even the most casual pop-culture fan can tell you about Austin, the site of the extremely popular music, film and interactive festival South by Southwest. The annual arts gathering is now big and corporate enough to be scoffed at by holier-than-thou hipsters, but it started back in 1987, testament to Austin’s long history of creativity and its slow-burn cool.

A college town with all the quirkiness and young people that come with that designation, Austin is bohemian, but Texas bold. The city’s motto is “Keep Austin Weird”. See that catchphrase in action in Downtown’s galleries, record stores, boutiques and music venues, in the funky food trucks and bars of South Congress, and in Zilker Park, where the Austin City Limits music festival draws huge crowds every autumn.

And then there’s the food. Pro tip: real Texas chili doesn’t have beans – try it at Texas Chili Parlor – and there are very specific, regional styles of Texas barbecue. If you have to choose one, queue up at Franklin BBQ. Don’t be surprised if there’s a three-hour wait, but hardcore BBQ aficionados, including Anthony Bourdain, swear it’s worth it. Film buffs will recognize BBQ master Aaron Franklin from his cameo in Jon Favreau’s Chef, which premiered at this year’s South by Southwest festival.

Although Texas is a huge state, second only to Alaska, there’s a lot more of it to see nearby. Dallas, Houston and San Antonio are all within driving distance, as are several state parks. Climb the pink granite dome of Enchanted Rock State Natural Area, or try fishing or tubing in Pedernales Falls State Park. 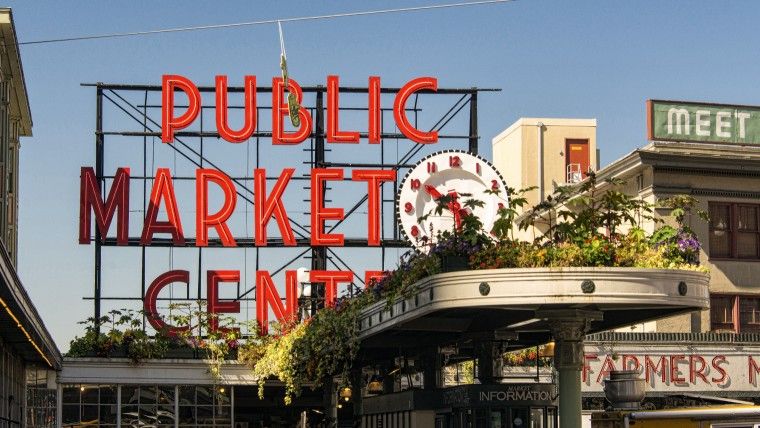 The biggest city in the Pacific Northwest, Seattle has a bad reputation for rain, but it’s truly beautiful, especially in the summer. Tick off the Emerald City’s attributes and you’ll be booking a flight in no time: modern urban architecture – Rem Koolhaas designed the Central Library and Minoru Yamasaki, of Twin Towers fame, designed the Rainier Tower – thriving music and art communities – and we’re not just talking about Nirvana – plus it’s surrounded by nature on every side.

Seattle is a city of neighborhoods, each with its own feel, so spend time in as many as you can: beachy West Seattle, refined-hipster hot spot Ballard, art-and-crafty Fremont, historic Pioneer Square. Of course, everyone who visits Seattle ends up Downtown at the Pike Place Market. It’s touristy, yes, but packed with great local artisans, food vendors and restaurants.

Skip the Space Needle or pre-purchase timed tickets online to avoid the wait and, although Starbucks is obviously big here, be sure to sample the city’s many independent shops. Don’t miss the Seattle Art Museum or the Experience Music Project. A museum like no other, the wavy Frank Gehry-designed EMP is dedicated to contemporary pop culture.

No matter what you do in Seattle, make sure you leave it. Mt Rainier, the Cascade Mountains and Olympic National Park are all ideal for hiking. To the north, you can catch ferries to the lush San Juan Islands for peace, quiet and cute B&Bs, or cross the border to Vancouver, Canada. And then there’s Portland, Oregon. About a three-hour drive south of Seattle, this small city of coffee, beer and comedy is one more great reason to think beyond the usual suspects when it comes to your next US holiday.