Ingredients of the future

With the rise in popularity of health and fitness has come a flood of fad diets and self-proclaimed “super-foods”. The merits of spirulina, quinoa and kale have been exhaustively covered, but the foodstuffs of tomorrow need to offer more than health benefits; they must help tackle global issues from poverty to climate change. Current trends show a consumer shift away from processed food, lab-made ingredients and extensive meat farming towards clean labelling and veganism, but will this last? And is there more to them than simple fashion? 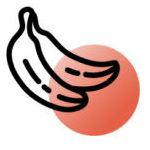 Approximately one third of all food produced for human consumption is wasted. This amounts to almost 1.3 billion tonnes. Such a flagrant disregard for the world’s resources is unsustainable, making it imperative that the ingredients of the future help to combat waste levels.

Currently, bananas make up a significant portion of this discarded food, with millions wasted globally every day. Expanding the ways in which bananas can be used helps significantly cut this wastage.

Enter green banana flour, the gluten-free alternative which combines the properties of starch with the nutritional benefits of bananas. Freshly harvested green bananas are rich in resistant starch, an insoluble dietary fibre which promotes good gut health and has the potential to reduce the risk of diabetes and colon cancer.

When ground into flour, it has a different starch structure to that of traditional flours, meaning it won’t absorb water and clump when stored. Rich in magnesium and potassium, it can replace high-glycemic gluten-free flours, such as potato or rice flour, and help lower blood sugar levels. 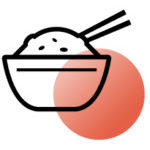 One of the greatest threats facing the world’s food production is climate change. Crops of the future will need to be able to thrive in even the most hostile of conditions.

Quick-growing and drought-proof, fonio also has a wide array of health benefits and has the potential to tackle hunger, poverty and drought. With four times the protein, three times the fibre and twice the iron of brown rice, the super-grain has a low glycemic index and a nutty popcorn flavour when baked.

Also drought-resistant: kernza, a cousin to wheatgrass, environmentally friendly with all the health benefits of wholegrains 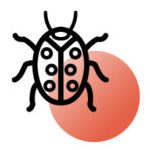 As with ancient grains, many of the ingredients of the future are also the ingredients of the past, whose benefits have been forgotten or fallen out of fashion. So it is with insects which -– although they are already part of the diets of two billion people, and the market for them is predicted to triple over the next five years – are yet to find mass commercial popularity in the West.

This is shortsighted. A rich source of protein, the farming of insects requires considerably less feed, less water and no antibiotics or growth hormones, as well as emitting a fraction of the greenhouse gases created by cattle.

They are also an excellent low-carbohydrate source of iron, calcium and healthy fats, making them the ideal ingredient to combat world-hunger and tackle global obesity levels at the same time. 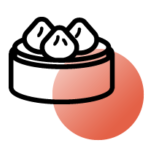 Consumer attitudes to the meat industry are shifting as concerns arise over the environmental and social costs of eating animal products. A survey released in March 2018 revealed that 7 per cent of the UK population now classify themselves as vegan. That is more than 3.5 million people, up from just 540 000 in 2016.

As the trend for veganism soars, so too does demand for ingredients which can mimic traditional animal-based products, and as consumer support for “clean labelling” grows, these can no longer be highly processed and of spurious provenance.

One of the most popular ingredients currently is a Japanese delicacy known as “umeboshi” - apricot-like fruits which are pickled and salted. Used as a medicine since ancient times, umeboshi are known to be an excellent source of iron and calcium, with three times as much citric acid as a lemon and the power to prevent colds, cure hangovers, and possibly even inhibit stomach cancer growth.

With a jam-like consistency and a tangy, salty flavour, umeboshi are on their way to be the vegan cheese alternative of choice for everything from lasagne to salad dressing.

Also vegan and rising: cavamax, a soluble plant fibre starch which can replace eggs in baking 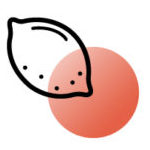 The clean labelling phenomenon is, at its heart, a return to simpler times. It involves scouring nature to find products which can replace existing chemical ingredients, from emulsifiers to flavourings.

One such example is citrus extract: a natural preservative derived from the peel of citrus fruits.

Citrus rind includes an active ingredient called CPE which protects its fruit from attack by micro-organisms and, when extracted and subjected to a simple water-based process, can help protect humans from a wide variety of bacteria, fungi and yeasts.

It reduces bacterial load, extending the shelf-life of products and delaying spoilage, and has been found, in certain tests, to perform better than sodium benzoate – one of the most widely-used food preservatives. 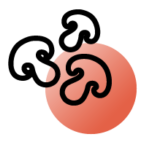 The UK’s sugar addiction is out of control. Even the introduction of the sugar tax has failed to tackle the problem completely, with 170 children and teenagers a day undergoing operations to remove teeth rotted by sugar.

Food technology corporation MycoTechnology may have found a solution, with their creation of natural bitter blocker PureTaste. The ingredient is derived from shiitake mushroom root which, when fermented, works on the molecular level to block bitter tastes.

When food containing PureTaste is chewed, invisible fungi molecules are released, blocking – rather than masking – naturally occurring bitter tastes. It can be used in anything, from tea and coffee to chocolate and sugar-free sweeteners, to block bitterness and eliminate the need for added sugar.

Future of Food and Beverage 2018