Two years ago, mobile phone company EE was forced to defend itself against accusations that it had been hawking personal information compiled about its 27 million customers, including details of gender, age, address and what websites they had visited, for sale to London’s Metropolitan Police. EE was forced to explain that the information, which would have been used to tackle crime, was completely anonymised, but the public outcry put paid to any thoughts of a deal being struck.

The irony is that the amount of data consumers willingly volunteer, via their smartphones and apps such as Facebook, makes the EE episode seem like child’s play. This only increases with the advent of wearable technology and connectivity through the internet of things where everything from thermostats to cars and light bulbs are feeding back information that could be analysed. In an era of machine-learning, the debate about data privacy seems almost moot given the raison d’être of most of the sensors used is to gather information for analysis.

Dave Richards, chief executive of WANdisco, says: “Data is the new oil. We’ve always generated a lot of data, but it has not been economical to store it. The cost of hardware has now commoditised and it only needed open-source platforms to make sense of it. That’s when big data happened – when storing data became as cheap as deleting it.” 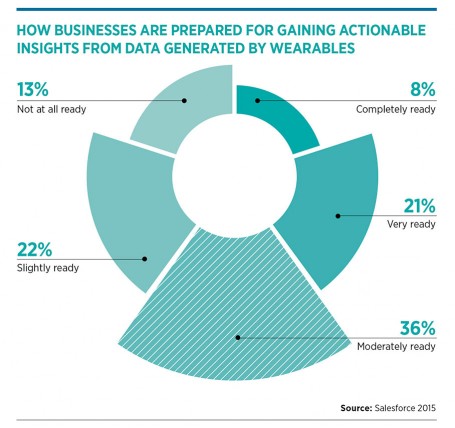 For WANdisco, which develops software that ensures IT staff spread across the world can work on a project at the same time, the wearable revolution has already happened courtesy of the smartphone which tracks data on where someone is and what they are doing. More prescient will be the application of that data to sectors such as healthcare and insurance which have the most to gain – and lose – from tapping the data pools that are emerging.

Many US companies have started buying off-the-shelf data analytics tools so they don’t get left behind in the rush for “oil”. Barriers still remain, however. Richard Holway, technology analyst at TechMarketView, says silos of information are a huge problem for companies looking to join the dots.

“People will not really take to wearables if they need a different device for every function; for example, if their doctor will not accept input on blood pressure from their Apple Watch, but demands it from a different device, or if every car requires a different wearable to open it and then another device to open the garage door,” he says. “Common standards are key – and we are long way off here. As in other technology situations – 8track audio, VHS tapes – until we get a standard, the market will not take off.”

ARM Holdings, Britain’s largest technology company, believes there remains an issue with consumer trust, particularly in fields like healthcare. Stephen Pattison, ARM vice president of public affairs, says: “The key is transparency and clarity around terms and conditions. It doesn’t sound too sexy, but no one reads them. It’s not about what the data is or who has it, but about the use of it.”

He cites an example of US retailer Target that used information on customer buying habits – specifically products with zinc in them – to determine that a particular shopper was pregnant. The marketing material sent to the shopper’s home was not welcomed, however, as the teenage consumer’s parents were not aware she was pregnant.

“If you have a wearable, you would probably be OK with your gym or your doctor receiving information from it, but not your insurer or your employer. If you are going to liberate data, it has to be done the right way,” Mr Pattison says, noting that more needs to be done to explain the consumer benefits of data use to customers. A smart thermostat which could warn you that you might be getting ill because you have turned up the heating – after it checks the exercise bracelet to see if you’ve been exercising – would be a “trade off” many people may be willing to make in terms of data protection, he says. 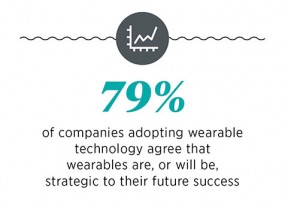 Businesses need to prepare for a data deluge and to match consumer expectations which will rise exponentially no matter what privacy concerns emerge. Hugh Cox, chief data officer at Rosslyn Analytics, argues that many companies could struggle to handle the amount of information being generated in the age of machine-learning.

“Making sense of all the siloed data generated by consumers is the hard bit because it needs to be quickly collected and cleansed into a common format – that’s data preparation. This is particularly challenging when consumers use many devices from iPads to Apple Watches, and the requirement of providing customers with relevant timely information they can use is often the difference between success andfailure,” says Mr Cox.

Emmanuel Marchal, director of solutions architecture at database company Basho, comments: “For competitive advantage, or even just to exist in the not-too-distant future, businesses will undoubtedly need to combine multiple sources of many different data types to be able to get a full picture of each customer. Only then will data no longer be trapped in unhelpful silos.” 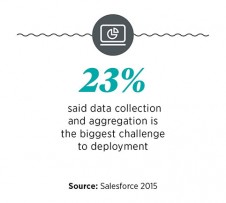 He notes that bet365, the gaming company, has combined multiple data sources on to a single backbone using the data management tool NoSQL, which has created the foundation for a “comprehensive and integrated experience for consumers”.

Yet the issues could be even more fundamental than missing a trick. WANdisco’s Mr Richards says GE has hired more than 1,000 software engineers “overnight” to prepare for the age of machine-learning. All companies need to act fast, he concludes.