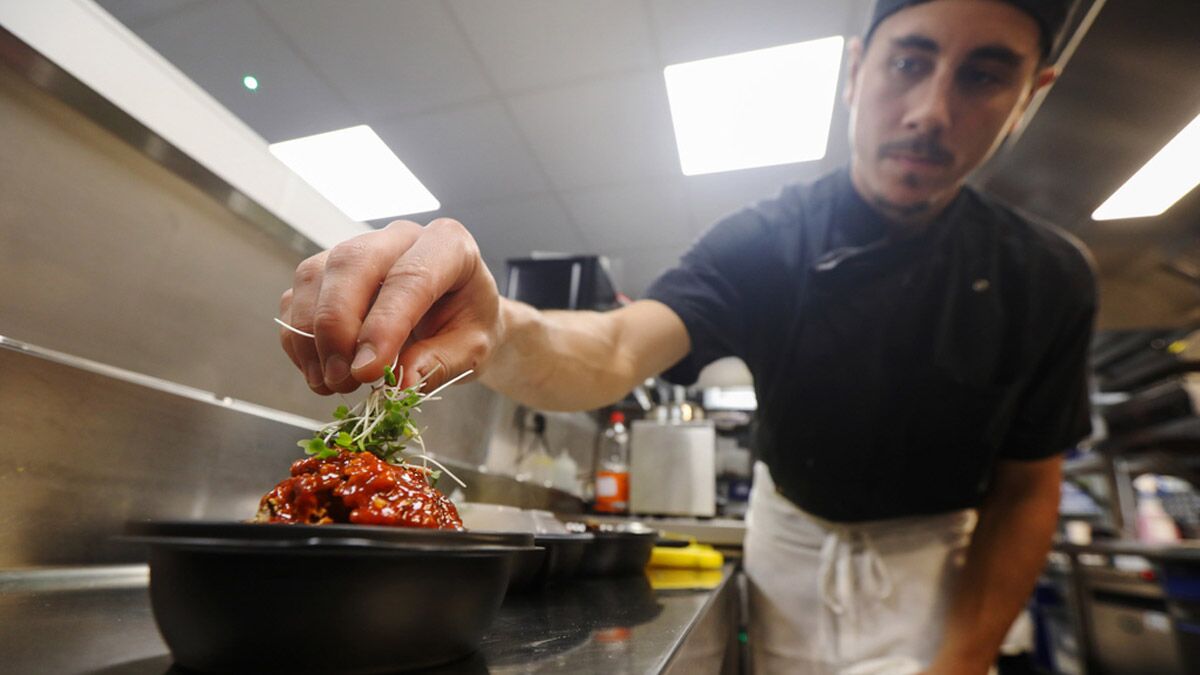 The rapid rise of online delivery services is creating a new, disruptive business opportunity for food entrepreneurs wanting to grab a share of the UK’s £3.6 billion market for food deliveries.

Welcome to the world of ‘dark kitchens’ - fully-equipped commercial kitchens like you’d find attached to a restaurant, except with no restaurant or even a takeaway counter. Also known as virtual kitchens,  they are dedicated solely to meeting the ever-growing hunger for online delivery services, facilitated by the likes of third party delivery apps.

These kitchens are anything but dark at peak times such as Friday or Saturday night, as noodles, pizza, curries and much more exotic—and increasingly, healthy—fare is sizzled up on a made-to-order basis while drivers for food delivery platforms such as Just Eat, Deliveroo, Seamless, and Uber Eats wait outside.

Erik Thoresen, industry analyst and consultant for Technomic, says dark kitchens used in conjunction with third party delivery apps represent an emerging market. “We think that there’s a lot of opportunity there because of the operational efficiencies associated with that sector.” He adds: “One of the big drivers is the low startup costs relative to launching a restaurant.”

There’s certainly an appetite for it too. According to industry analyst the NPD group, the UK market for delivered food has grown 50% since 2008, increasing a full 10% in 2016 to 599 million delivery visits. Meanwhile, Euromonitor notes that younger age groups and the “growing influence of online apps in this format of foodservice” have been major drivers of the trend.

Dark kitchens are a boon for bootstrapping early-stage restaurateurs, who can set up shop and get immediate access to a growing digital market, without the expense—and enormous risk—of a opening traditional restaurant. One pioneer is Green Summit Group of the US which says it is “dedicated to disrupting the rapidly growing online food delivery market.” Launched in 2013, it now has 14 internally-curated virtual restaurants offering everything from green juice and salad to burgers and grilled cheese from centralised kitchens across New York and Chicago.

Customers of Green Summit Group’s restaurants have to order exclusively via the Seamless delivery platform, and so far this kind of partnership with a third party logistics platform has proven key to the financial viability of the dark kitchen model. Several startups in the US who tried to do the food and logistics all in-house—including Sprig in San Francisco and Maple in New York City—have failed despite being heavily backed by venture capital.

In the UK, Deliveroo—which just recently earned a valuation of £2 billion—set up a unit named Deliveroo Editions in the spring of 2017 that now operates 49 kitchens across the capital and has expanded internationally as well as in UK cities like Brighton, Reading, Nottingham, and Leeds.

Rohan Pradhan, vice-president of Deliveroo Editions, said his firm “has access to millions of data points globally - around the specific cuisines and restaurants that people order from, the amount they spend on any night, as well as the frequency at which they order.”

This allows it to pick which cuisine will have the greatest chance of success in each area.

While this package of data plus an instant customer base is certainly attractive, Thoresen of Technomic notes that running a food business from a delivery service’s dark kitchen carries risk too. “The [customer] relationship with something like Deliveroo Editions is owned by the third-party delivery platform, not the restaurant,” Thoresen said.

“The risk is that if the fees become higher or the relationship terms were no longer beneficial and they decide they want to go to another platform, they can’t necessarily take their customers with them.”

A Deliveroo representative noted that their relationship with Editions partners does not preclude those restaurants from building a brand elsewhere. One example of this kind of diversification is Crust Bros. Starting as a pop-up pizza restaurant on London’s South Bank, Crust Bros has graduated to its first brick and mortar restaurant in Waterloo after seeing its customer base grow tremendously.

Founder Joseph Moore says: “Certainly alongside running four street food stalls, a delivery business, and now a restaurant, my time would have been a lot more stretched if I had to handle logistics of delivery too” adding that customers visit the restaurant after getting food via an app.

There are also independent dark kitchen providers such as FoodStars, which has just opened their fourth commercial kitchen space location in Shoreditch, East London.

Co-founder Will Beresford believes that kitchens tied to a particular delivery service have helped highlight the potential of kitchen rental, saying Deliveroo Editions has “boosted our business and given us credibility.

“To be honest, when it comes to this market, I think there’s room for everyone.”