Restorative business models, which aim to put back more into the environment, economy and society than they take out, are hard to achieve, but more organisations are trying 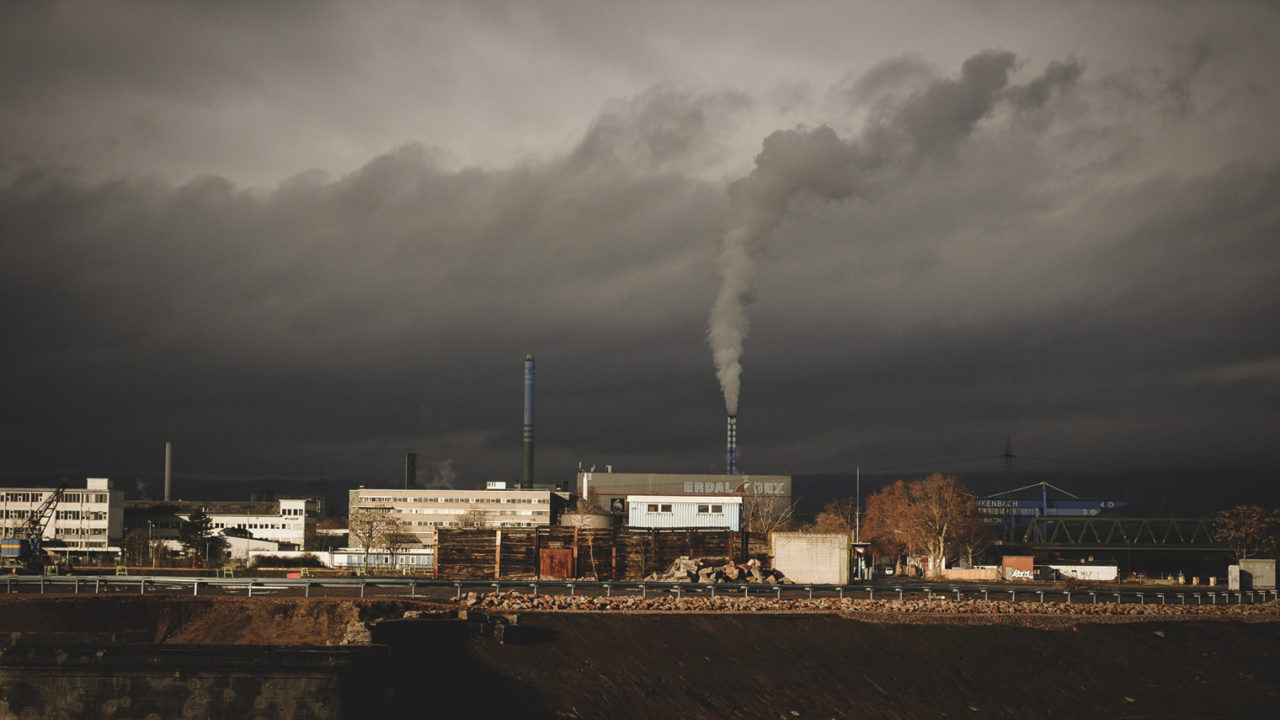 Restorative business is radical. To do more good, rather than just less harm, sounds simple enough, but it is revolutionary for responsible business. For a start, you need to love carbon.

“Love carbon” is one of four pillars of Climate Take Back, an ambitious new programme from the world’s largest designer and maker of carpet tiles, Interface, a net-positive pioneer.

The Net-Positive Project is co-managed by a trio of NGOs: Forum for the Future, BSR and the Harvard-based Sustainability and Health Initiative for NetPositive Enterprise (SHINE).

Drawn from across many different sectors, participating companies range from SIG Combibloc in packaging, via AT&T and Dell in technology, to Fetzer Vineyards in food and drink. Labels might vary, but they share a common goal, explains principal sustainable strategist at Forum for the Future, Zoe Le Grand. “Some call it restorative business, some regenerative and others positive or net positive, but all essentially aim to put back more into the environment, economy and society than they take out,” she says.

On energy and carbon, this is not easy, she admits: “A net-positive carbon commitment is a very high benchmark.”

Carbon targets for restorative business are not easily met

Unilever has set both net-positive energy and carbon targets across global operations. It is perhaps a classic candidate for early adoption, says Will Dawson, Forum for the Future’s associate director for climate. “There are a myriad of companies generating and using renewable energy,” he says. “Those that are going for net positive are more likely to be consumer facing, as it is an important part of their brand identity. Others have high impacts on energy and carbon such as in the built environment.”

Given that buildings account for around 40 per cent of UK energy consumption, turning properties into power stations is an attractive proposition. The principles appear straightforward, says David Symons, UK director of sustainability at WSP. “Energy-positive buildings in their simplest form generate more energy than they use,” he says. “They’re very efficient and equipped with renewable generation such as solar panels or heat pumps. Technically there’s no reason why more couldn’t be built. The largest barrier is that they cost more.”

The majority are concept homes, according to Mr Symons, often built as one-off developments for deep-green-minded residents. However, the first energy-positive office in the UK just opened in June, at Swansea University.

Developed with £800,000 from Innovate UK, this new building is known as the Active Office and replicability is key, explains Kevin Bygate, chief operating officer at designers SPECIFIC. He says: “The Active Office is a first, but it isn’t a one-off. It is quick to build using existing supply chains and only materials already available. This is tomorrow’s office, but it can be built today.” 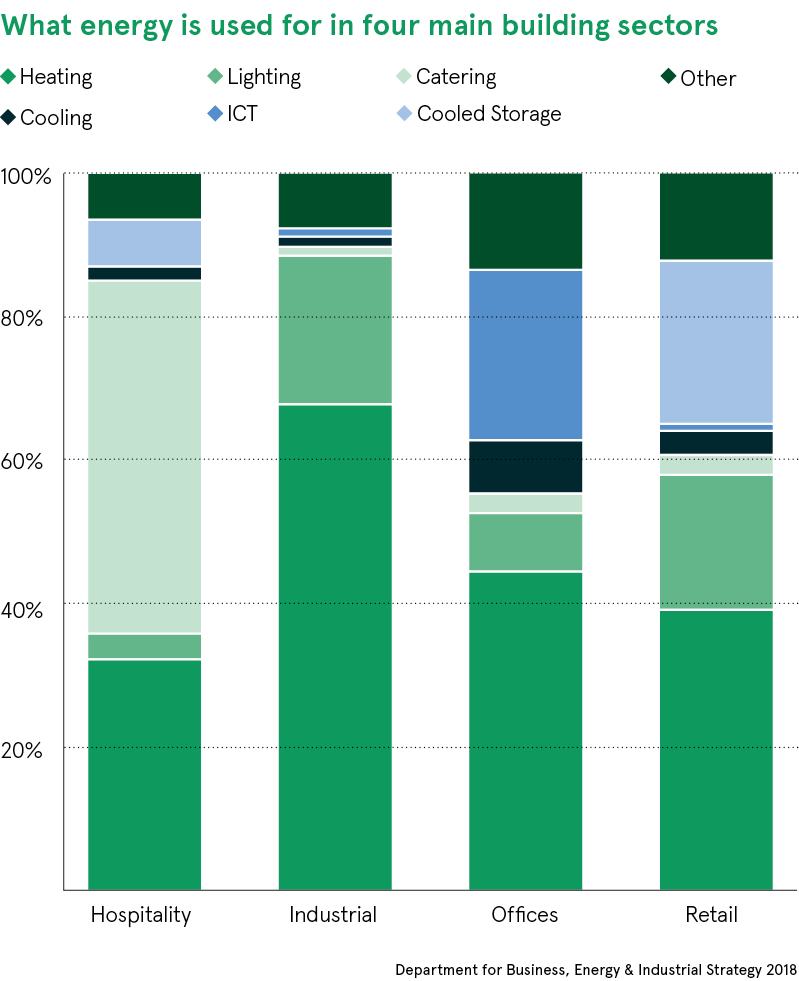 Carbon-positive buildings generate more energy than they use

There is regenerative progress being made, albeit early days, agrees Fairsnape’s Martin Brown, author of FutuREstorative and UK ambassador for the Living Building Challenge (LBC). “We are witnessing a shift from slow-burn curiosity, towards an emergent business demand for greater knowledge and understanding around restorative business models,” he says.

LBC requires buildings to generate 105 per cent of their energy needs, as standard. The Bullitt Center, for example, earns about $50,000 a year selling surplus energy back to Seattle City Light.

According to Mark Hawker, chief engineer at Anthesis, while restorative business models are commercially viable, carbon-positive projects only happen under certain conditions.

Key metrics are space and sunlight in southern climates or a good heat-to-power ratio in northern regions. Revenue rates from power exported to the grid tend to be low, so economics usually revolve around how much energy can be used on site.

“The primary driver to reduce energy and carbon is economic,” says Mr Hawker. “The secondary driver to reach carbon zero or carbon positive is reputational in terms of corporate responsibility, giving an organisation a competitive edge.”

Full supply chain must get on board with restorative business projects

To tackle carbon emissions fully, it is essential to engage with the whole supply chain. However, only a small percentage of organisations do so, according to Jens Roehrich, professor of supply chain innovation at the University Bath School of Management. He says: “The vast majority of companies are reactive rather than proactive when it comes to restorative thinking. This means external drivers, such as customer and buyer pressures or strict regulations, are needed to drive engagement.”

Gudrun Cartwright, environment director at Business in the Community, does see some companies starting to look at the issues systemically. In this, Ms Cartwright argues, they are receiving strong signals from bankers and backers to review their ongoing viability, and create value in different ways. “Restorative business models will increasingly underpin successful businesses as future risks get closer in time and space,” she says. “The investor community is looking to divest from companies embedded in fossil fuels and move into those powering the transition. There is a growing demand for investable projects.”

When it comes to the language of financial instruments and commodities, there is now a market for carbon, which can be counted, priced, traded and offset.

Reimagining carbon as an asset, though, means considering it afresh in all its forms, from efficiency savings to ecological sequestration. Mr Brown concludes: “We can improve footprints not only by reducing ‘fugitive’ carbon, but by locking it into buildings and circular economy products as ‘durable’ carbon, and by increasing ‘living’ carbon through restoration and regeneration of carbon sinks.”

To a restorative mindset, carbon is key. To know it, is to love it.