Water is essential to life, but most people focus only on the journey it makes from reservoir to tap. The back-end of the system, so to speak, is taken for granted – out of sight, out of mind.

“Water resources are like an Aston Martin purring down the fast lane of the motorway, while wastewater is more like a Trabant sputtering along in the slow lane,” says Sarah Mukherjee, director of environment at Water UK, which represents the country’s water companies. However, for the system to work, what happens after consumption is just as important as what happens before.

“We are in the midst of a water crisis,” says Morgan Gillespy, head of water at CDP, a non-governmental organisation that collects data from companies on their use of resources including water. “Water is a finite resource. Wastewater treatment is vital to make sure that the water we return to the natural environment is clean and fit for future consumption, and that we don’t hurt the environment. We also need to make sure that water resources are being sustainably used and managed.”

It is becoming increasingly clear that failure to do this will create significant risks to businesses. Ms Gillespy adds: “Many companies have, up to now, assumed that water is completely plentiful and that the right quantity and quality of water will always be available to them. This is no longer always the case. Water scarcity is impacting businesses today and they need to be able to reduce their exposure – one way is to treat and reuse their wastewater.”

How wastewater is treated 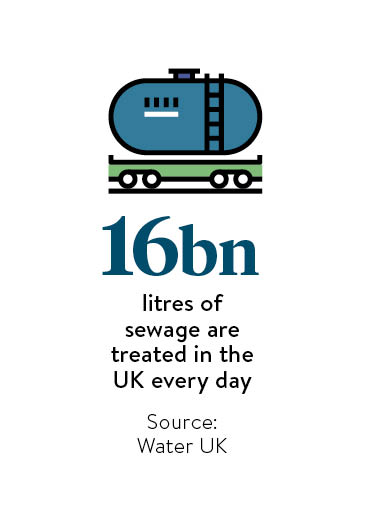 Billions of litres of water are constantly travelling through hundreds of thousands of miles of pipes, being treated and returned to the environment, according to Water UK in its 21st-Century Drainage report. Some 16 billion litres of sewage are treated in the UK every day.

“Wastewater treatment is an area of ongoing focus for the water companies and the wider water sector,” says Elaine Coles, managing editor of WaterBriefing. Among the key issues now firmly on the agenda are the growing challenges presented from issues such as pollutants introduced because of pharmaceuticals and other emerging micro-pollutants.

And the system faces a number of future structural challenges as the population increases, more people move into towns and cities, and climate change exacerbates rising demand on the water system as a result of hotter weather, droughts and increased disruption from extreme weather events such as the floods that swept Cumbria in 2015.

As well as having to deal with a greater amount of wastewater, the industry also has to treat a wider range of materials and chemicals within it. “With drainage, you have no control over what you are going to get,” says Ms Mukherjee.

As new medicines, fertilisers and pesticides are developed, the wastewater system has to deal with the residues to ensure these substances do not find their way back into the water we drink and the food chain. There is particular concern that certain chemicals could upset the hormone systems of both humans and animals in a process known as endocrine disruption, although current research is inconclusive.

Microbeads, tiny fragments of plastic that are used in cosmetics, toothpaste and cleaning products, have received a lot of attention in recent months because increasing amounts are finding their way into the ocean and being found in the fish we eat. Following pressure from Parliament’s Environmental Audit Committee, the UK government has pledged to ban them by 2017. However, there are other sources of microbeads, such as fleece jumpers, that are receiving less attention.

A particular bugbear of the industry at the moment is wet wipes, which many manufacturers label as flushable even though wastewater companies say they cannot be recycled. “Our sewerage systems weren’t built to cope with wet wipes. When flushed, they don’t disintegrate like toilet paper and they typically contain plastic, so once they reach the sea they last for a very long time.” says Dr Laura Foster, head of pollution at the Marine Conservation Society.

“We have had years of conversation with manufacturers and retailers, but there has not been much progress,” adds Ms Mukherjee. Now almost 300 organisations in 20 countries have called for the products to have proper information on disposal so they are no longer flushed.

Another challenge is that the drainage system is far more complex than the water system, which is controlled by a small number of heavily regulated utilities. Wastewater, on the other hand, is dealt with by a range of players, including local authorities, supermarkets and factories, as well as the water companies. And they all have their own standards, operating procedures and infrastructure, which makes it more difficult to come up with coherent policy responses.

However, many countries are seeing increased regulation of water use and tighter standards. This is leading companies to look at alternative ways of treating their wastewater. In water-stressed India, the motor company Ford has started recycling its industrial wastewater, while the paper company UPM is one of many that has realised the benefits of capturing the gas created by its wastewater treatment and selling it to energy suppliers. 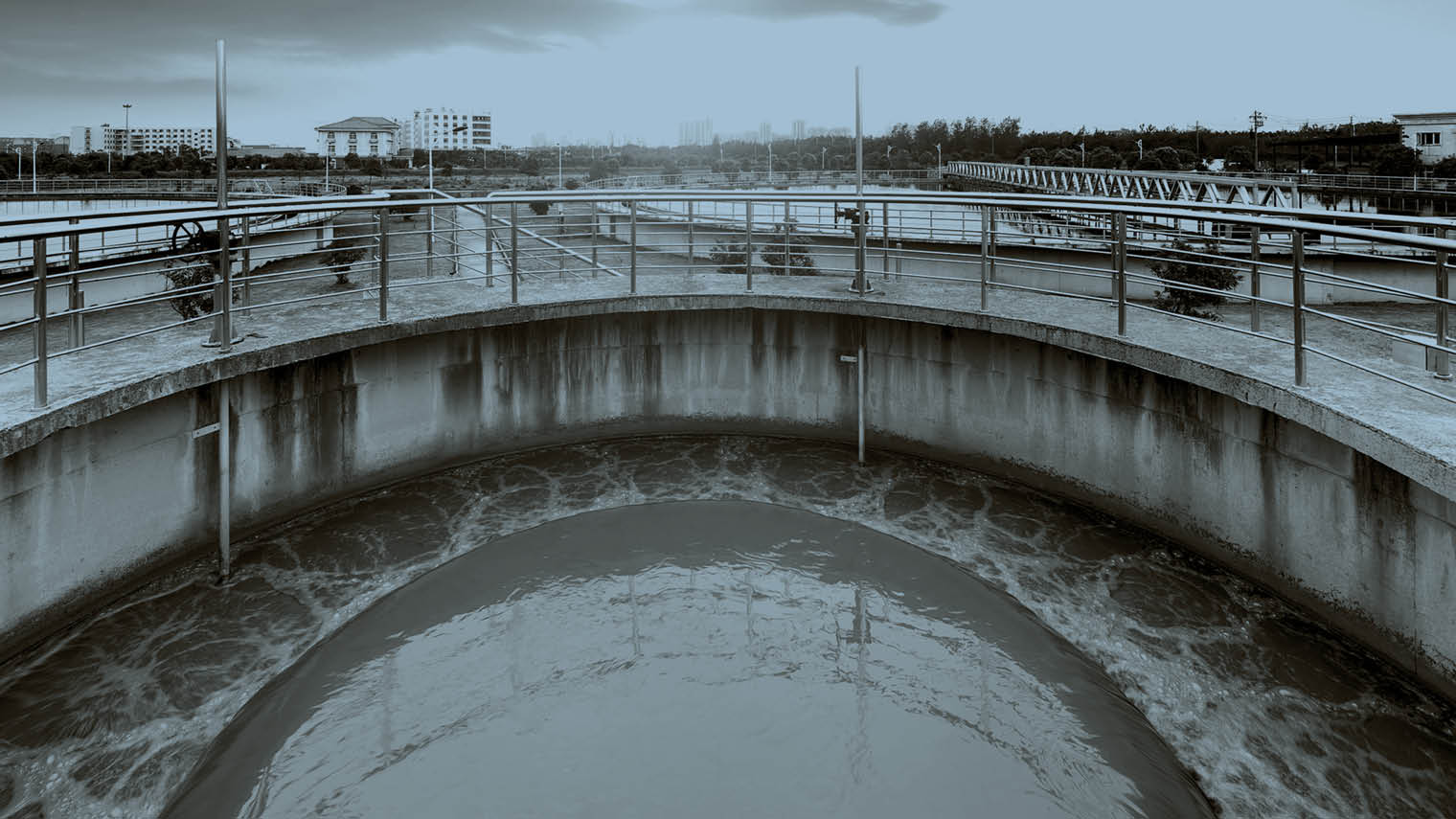 The wastewater treatment sector is starting to realise that wastewater sludge or bioresources is more than just a waste to be disposed of.

Earlier this year Ofwat, the water industry regulator, published proposals to open up the market for sludge, highlighting forecasts that the burgeoning sludge market could produce benefits of up to £780 million and enough power for 500,000 homes. The consultancy PwC says this market liberalisation could unleash a wave of technological innovation.

There are now 159 sewage plants in the UK producing energy or biogas equivalent to 203 megawatts of electric power, says the Anaerobic Digestion and Biomass Association.

Severn Trent Water has 36 sites with anaerobic digestion plants, the biggest of which treats the sewage of more than 2.1 million people in the greater Birmingham area. “At our Minworth site, we have 16 digesters, which essentially act like giant stomachs,” says Simon Farris, renewable energy opportunities manager at the company.

The digesters treat the sewage that flows into the plant in a four-stage process that produces 3,500 cubic metres of biogas an hour, two thirds of which goes to a combined heat and power plant which provides energy for the site’s operations. The rest is injected into the national gas network. The “sludge cake” that remains is sold to farmers as fertiliser. The Minworth site helps to reduce the company’s energy bill by about £1.7 million a year. 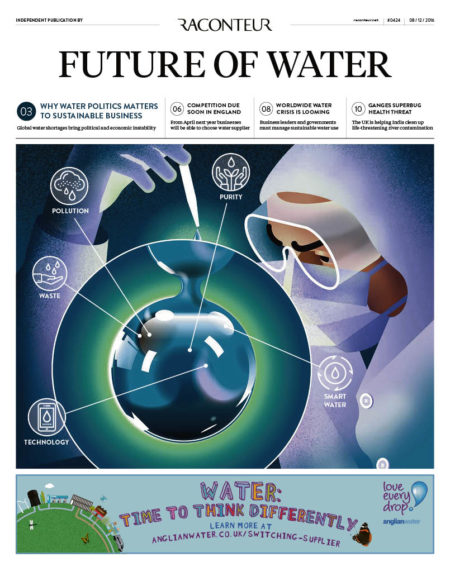