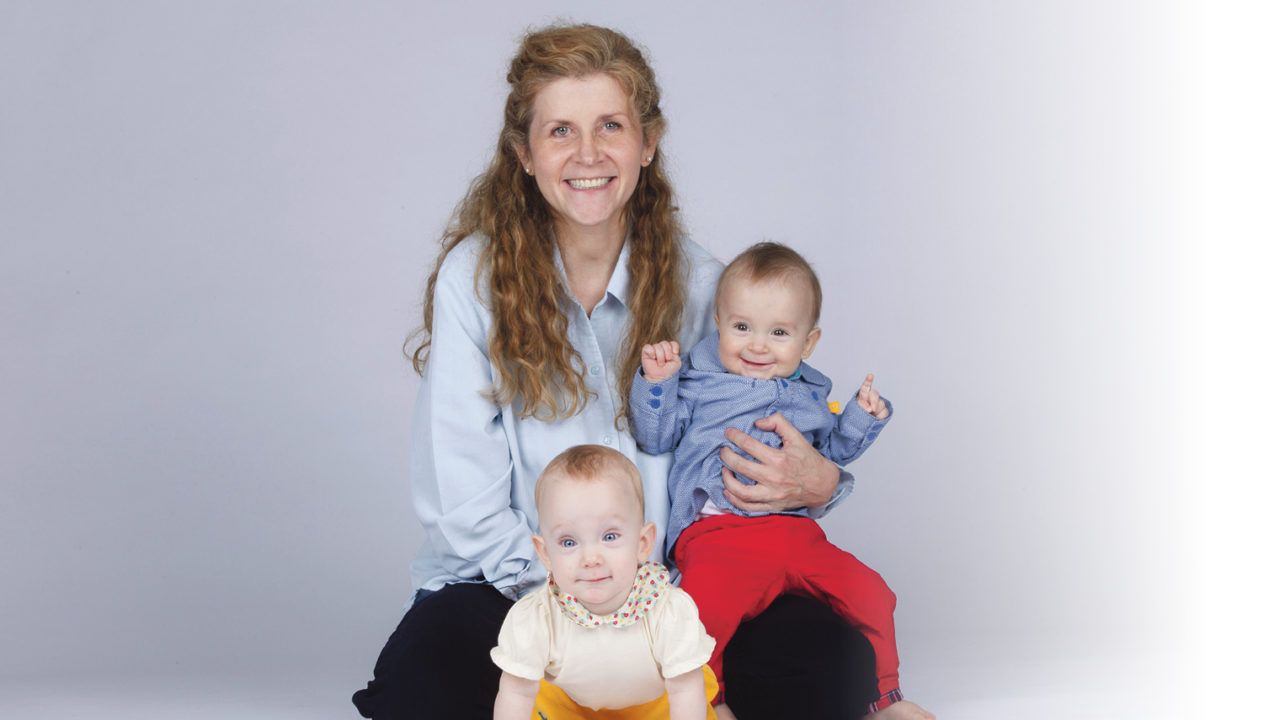 Not only has vitrification made embryo freezing more efficient, with delivery rates apparently improved when thawed embryos are transferred but, for the first time in 40 years of IVF, human eggs can be frozen for viable use at a later date.

Never before was it possible to freeze eggs without damage to their microstructure. Thus, while the old slow freezing methods were adequate for sperm storage, eggs were not so robust when ice crystals formed within the cells. Vitrification, however, which reduces eggs to a glass-like state in just a few seconds, avoids the ice crystals and any micro-damage to the egg.

The result has seen the emergence of egg banks in the ever-growing treatment of egg donation and an upsurge in the numbers of women, usually in their mid-30s and single, having their eggs frozen for use some time in the future. 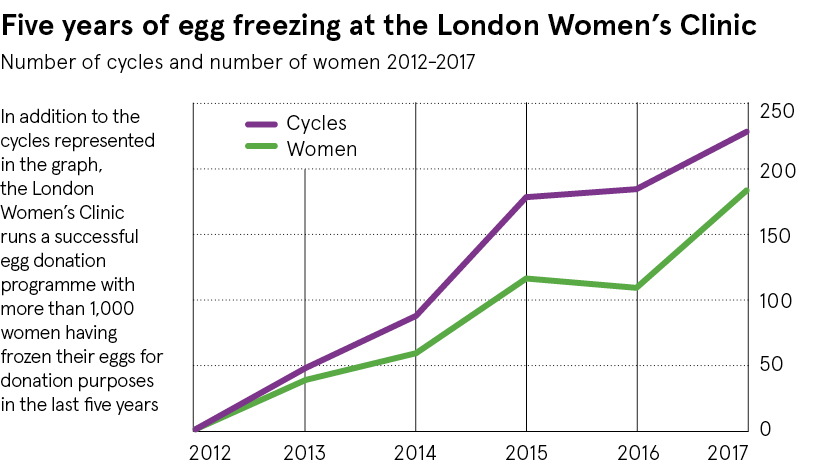 “We’ve seen a huge growth in egg freezing in the past two or three years,” says Professor Nick Macklon, medical director of the London Women’s Clinic. “Most patients are women without a partner hoping to preserve their fertility and put their family plans on hold.”

A recent audit of treatments at the London Women’s Clinic shows a dramatic increase in egg freezing, up from just six treatments in 2012 to to 229 in 2017. Most of these treatments (74 per cent) were for freeze storage for single women, whose average age was 37.

The few studies available suggest that these are women concerned with the biological decline in fertility, which inevitably comes with advancing age; egg freezing represents a way to stop the biological clock and increase a woman’s chance of motherhood in the future.

With more than 200 cycles completed in 2017, the cumulative total, says Professor Macklon, now makes the London Women’s Clinic one of the UK’s most experienced centres in egg freezing.

The trend has also been seen in egg donation, a treatment method for women unable to produce their own eggs, usually as a result of increasing age. Once gone, the store of eggs in the ovary can never be replaced, and egg donation offers the only chance of pregnancy.

Before efficient freezing, egg donation required a donor suitably matched to the recipient and embryo transfer in menstrual cycles hormonally synchronised in both donor and recipient.

“This inevitably meant long waiting lists or travelling abroad to countries where donor eggs were more plentiful. But banking eggs means that we have a greater choice in storage and the prospect of more immediate treatment without having to synchronise both parties,” says Professor Macklon.

The analysis of egg freezing at the London Women’s Clinic comes at a time when the Human Fertilisation and Embryology Authority (HFEA), the UK’s regulator of IVF clinics, described freezing in its latest report as “particularly striking”. It noted that birth rates from egg-freezing treatments have increased year on year, “with 26 per cent of patients finishing their treatment cycles with a live birth in 2016, compared to 20 per cent in 2013”. In 2016, all UK IVF clinics reported 1,173 cycles of egg freezing, up 10 per cent on the previous year.

The HFEA recognised that this cryo-revolution has not just brought egg freezing in from the cold. More and more routine IVF treatments in couples are now freezing all embryos generated, with the aim of transferring a single embryo in a later cycle unaffected by ovarian stimulation and storing the rest.

Not only are these “freeze-all” treatments associated with a higher success rate than fresh, they are also safer in encouraging the transfer of just one embryo and lowering the rate of multiple pregnancy. Summarising trends in the two years to 2016, the HFEA described IVF as “safer, more available and more successful than ever before”.