Junior drivers may not dominate the headlines, but these relative unknowns will soon define the future of Formula 1.

For the fastest up-and-coming racers, getting a drive in a respected junior series is competitive enough, but some championships have more of an impact than others. At the top of the list is the Formula 3 category which is responsible for 79.2 per cent of last year’s F1 line up. It is followed by 58.3 per cent who raced in entry-level Formula Renault and 48.5 per cent in F1’s official feeder series GP2.

The remaining two series are tied to auto manufacturers and make use of similar car designs to highlight the championship’s most talented drivers. They are Formula BMW, which was a training ground for 41.7 per cent of last year’s F1 incumbents, and Formula Renault 3.5 at 37.5 per cent.

To understand the significance of these rising stars and their championships, it is important to note the long and storied history of rookies in F1. Famous names such as Michael Schumacher, Lewis Hamilton and Jacques Villeneuve impressed even the sternest of team bosses on their way to championship success. This year, five young drivers will begin their first full season in F1as they graduate to motor racing’s top rung, bringing their own tales of success and uncertainty from junior competition.

The impact of a fresh driver line-up is perhaps best seen at Swiss team Sauber. It starts 2015 with an awful lot to prove after finishing tenth and with no points to its name last year. This three place reversal from 2013 has led to an estimated 17 per cent decline in its prize money to around $48.7 million.

To transform its fortunes, Sauber has hired Brazilian Felipe Nasr who is somewhat of a poster-boy for F1’s financial culture. The 22 year old has lured local bank Banco do Brasil to the team, giving it an estimated $20-million boost in sponsorship.

Although Nasr has a respectable junior career, finishing third in GP2 last year, he epitomises a decidedly unpopular trend: paying to drive. It may seem like a modern concept, but is nearly as old as racing itself. Even famed 1950s champion Juan Manuel Fangio received funding from the government of Argentina on his way to winning five titles, so it is little surprise that Nasr is following a similar road to success.

Britain’s Will Stevens is also partially funding the resurrected Manor team after its collapse into administration last year under the name Marussia. The team failed to race at the Australian Grand Prix, but is expected to make a second attempt at next weekend’s race in Malaysia. Stevens is joined by Spaniard Roberto Merhi who finished third in Formula Renault 3.5 last year while testing for Caterham at three F1 rounds. Stevens too comes from Caterham and raced for the team at the season-ender in Abu Dhabi in 2014.

Driver development schemes offer young drivers the opportunity to learn under the guidance of a top racing team, but obtaining a place is fiercely competitive

Racing into the breach is the relatively new formula of driver development schemes. These programmes offer young drivers the opportunity to learn under the guidance of a top racing team, but obtaining a place is fiercely competitive. It is a route which has proven successful for some of F1’s most recognisable names, including Sebastian Vettel, Daniel Ricciardo and last year’s champion Hamilton.

This year the attention falls on 17-year-old Max Verstappen who becomes the youngest driver in F1 history with a seat at Toro Rosso. Verstappen joined Red Bull’s driver development scheme just two weeks before the announcement of his sudden signing and only one year after graduating from karting. It is a move which is far from the norm.

In contrast, Verstappen’s team-mate Carlos Sainz Jr, who also marks the beginning of an F1 career this year, joins the sport as the reigning Formula Renault 3.5 champion and comes with four years’ experience under Red Bull’s supervision. He is among an impressive list of graduates from Renault’s flagship series and joins Vettel, Ricciardo and Kevin Magnussen in the 3.5-litre history books.

Toro Rosso has taken a modern and nurturing approach to talent development with Sainz and Verstappen. However, development schemes do not come cheap and retaining the limited places still requires luck as well as talent on the part of the driver. Fail to meet targets and your F1 career could be over before it has really begun. 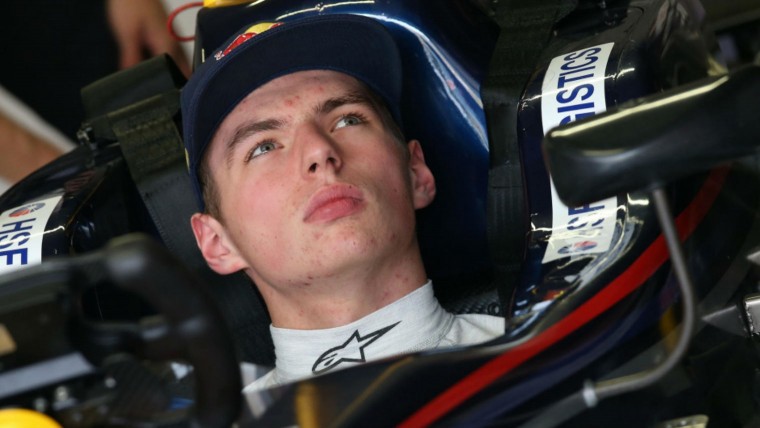 The only other fairy godmother in F1 is the rights-holder to the sport. A select few of the drivers for GP2 and its feeder series GP3 are hand-picked in order to promote the sport in certain countries. This process was revealed in the prospectus for the stalled flotation of F1 which was due to take place on the Singapore stock exchange in 2012.

It states: “From time to time, we sponsor GP2 and GP3 drivers to encourage the development of the sport in key markets.” It is not known how many drivers have enjoyed such fortune, but there is no doubt that the assistance is invaluable.