The management of cancer has come a long way in the past few decades and this has significantly changed the outlook for patients. In the 1970s, most people with the disease would die within a few years. Today, cancer is less of a death sentence and more a chronic illness. Many people are living longer after the diagnosis and, although some cannot be cured, they can be treated successfully. As a result, the patient journey through the disease has become more complex and varied.

Surgery remains the main treatment for most solid tumours. Patients may also be offered radiotherapy or chemotherapy, either after surgery to consolidate treatment or before surgery to reduce the size of tumours that would otherwise be too large to be operable. Additionally, other options have become available, thanks to the massive strides forward made in cancer treatment, largely as a result of the development of targeted treatments such as immunotherapy.

Keyoumars Ashkan, professor of neurosurgery and lead for neuro-oncology at King’s College Hospital, London, says: “There have been significant advancements in cancer treatments and outcomes in the past decade. Life expectancy for breast cancer, for example, has increased substantially. And we are beginning to see improvement in survival also in some of the most malignant tumours known to man, such as brain cancers.

“The problem with conventional treatments is that we try to fit the patient to the therapy. But there is no one-size-fits-all approach when it comes to cancer. Immunotherapy, on the other hand, utilises the patient’s own immune system to fight the illness. As such, it can deliver personalised treatment that fits to the patient, increasing significantly the chances of success.”

Monoclonal antibodies, such as the breast cancer drug Herceptin (trastuzumab), which can selectively delay or even stop the growth of tumoural cells, while leaving healthy tissues intact, are a typical example of targeted immunotherapy.

A further 5,000 lives could be saved each year if England matched the average European survival rate

Another important area is genetic testing, says Lester Barr, a consultant surgeon at University Hospital of South Manchester NHS Foundation Trust and chairman of the breast cancer charity Genesis. “Testing for the breast cancer gene mutations BRCA1 and BRCA2 allows women to take steps, such as preventative mastectomy or regular check-ups, to protect themselves against the disease. Not only has this made a huge difference for women at risk of inherited forms of breast cancer, in the future genetic testing will allow to predict the disease across the whole population.”

The above advancements and many others have been pivotal in reducing cancer mortality in the UK. The latest figures show that twice as many people survive cancer now compared with 40 years ago. However, they also show that a further 5,000 lives could be saved each year if England matched the average European survival rate. While this might suggest that cancer treatment is better in other countries, experts point out that, in fact, the single most important factor for England’s lower survival rate is late diagnosis.

“This occurs for several reasons,” explains Professor Jane Maher, a consultant clinical oncologist at the Middlesex Mount Vernon Cancer Centre and Macmillan Cancer Support’s chief medical officer. “People are often unaware of, or don’t report, what could be warning signs of cancer. The elderly and people from poor economic backgrounds are more likely to be diagnosed following admission to A&E, when they are in the advanced stages of the disease. Furthermore, certain cancers are difficult to diagnose because they present with nonspecific symptoms. And, lastly, access to diagnostic tests, such as CT scans, varies across the country. It’s easy to get tested in some areas, but not in others.”

Despite this, the increase in cancer survival, although suboptimal, has been paralleled by a steady improvement in patient satisfaction with the care received.

“We know from the national Cancer Patient Experience Survey 2014, conducted by Quality Health, that access to clinical nurse specialists, who are largely provided by charities and other organisations, has been key to such improvements as they have given good-quality information and support,” says Professor Maher. “The clinical nurse specialist provides a great deal of emotional help. Additionally, patients may benefit from counselling and peer support.”

Areas of greatest improvement, compared to the first survey in 2010, include patients feeling more satisfied with the range of treatment options they are being offered, and feeling treated with respect and dignity by staff. Overall, 89 per cent of patients rate their cancer care as “excellent or very good”.

“However, there are significant variations among hospitals across the UK,” adds Professor Maher. “Patient experience is particularly poor in London, for example. Furthermore, there have not been improvements in terms of communication among the many care teams that look after each individual patient. And ineffective communication increases the risk of patients falling through the gaps. So, it is really important to remember that, although working with systems and organisations is vital, ultimately people need to work with people.”

Cancer treatment is mostly funded by the NHS. A 2011 BUPA report puts the overall annual cost for cancer care across NHS, private and voluntary sectors at £9.4 billion. This figure is forecast to increase to £15.3 billion by 2021.

Alongside conventional treatment, cancer patients may choose to receive, under medical supervision, complementary therapies, such as massage, yoga or aromatherapy. There is evidence that these may help improve life quality and overall wellbeing by reducing anxiety, pain and tiredness. Some people may opt for alternative therapies, including certain diets or nutritional supplements, instead of conventional treatment. But there is no research or clinical evidence supporting their efficacy and safety.

According to the charity Macmillan Cancer Support, there are currently two million people living with, or beyond, cancer in the UK. By 2030, this figure is expected to double.

Although cancer management and patient experience have improved in recent years, there is still a long way to go to further improve survival through timely diagnoses, and to ensure that all patients across the country receive the highest standard of care and support, at all times.

‘SUPPORT IS OUT THERE’ 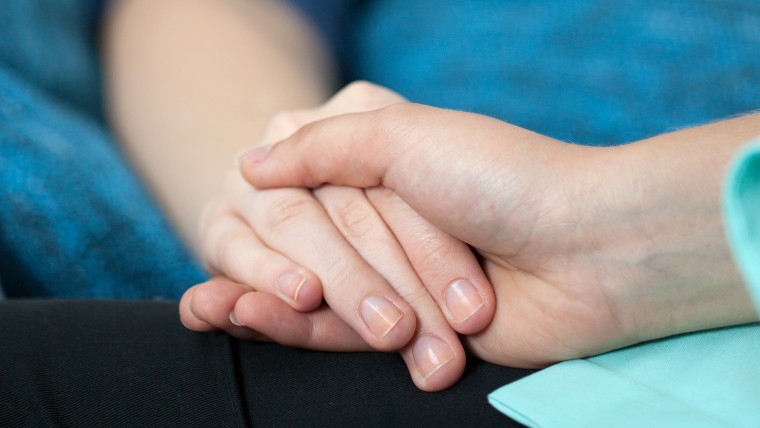 Esther Jury, a 43-year-old mum of two and garden designer from Norwich, went to her GP last year. She had persistent abdominal pain and a swollen stomach, and thought that these might be due to her recent pregnancy. Instead, they were symptoms of ovarian cancer.

This form of cancer is the fifth most common in women, after breast, bowel, lung and womb cancer. It affects more than 7,000 women annually in the UK, according to the ovarian cancer support charity Ovacome. It usually manifests with bloating, difficulty eating and persistent abdominal pain.

“I was very lucky to have an excellent GP, who took my concerns seriously, and referred me immediately to Norfolk and Norwich University Hospital, so that I could undergo tests and have surgery to remove a suspected mass in my ovaries,” says Mrs Jury.

“Not knowing what was wrong with me was really difficult, so in a way the diagnosis came as a big relief. I was diagnosed very quickly and this allowed me to make timely important decisions about treatment. I had my womb, appendix and lymph nodes removed, as a preventative measure. Surgery was followed by six months of chemotherapy. The thought of having chemotherapy was scary but, in the end, it was not as bad as I thought. I didn’t lose my hair and never had vomiting because the nurse was very good at dosing the drug.

“It was really helpful to meet other women of my age, who are in my same situation, through charity and other groups. I think it’s important to spread the message that it’s not all doom and gloom. There are many choices for patients in terms of treatment. And there is excellent support out there. A diagnosis of cancer is not the end – life does go on.”

ACTING QUICKLY MAY SAVE YOUR LIFE 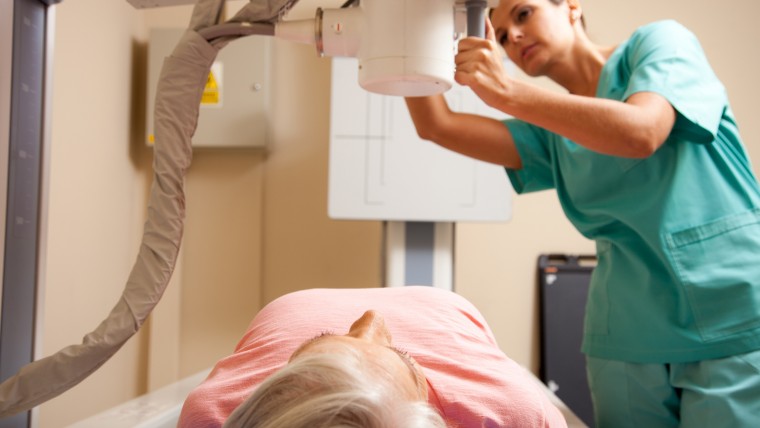 When Nevo Burrell discovered a lump in her breast, one evening two years ago, she knew that time was of the essence. She took no chance and went to see her doctor the following day. This may well have saved her life.

Within four weeks, the lump in her right breast was removed. And, after four weeks of radiotherapy, the 47 year old from London was given the all clear.

“The fact that I knew about breast cancer and its symptoms – I had discussed this with my GP months earlier – helped me stay calm when I found the lump,” says Mrs Burrell. Incidentally, a few weeks earlier I had read in a newspaper article that, thanks to significant advancements in cancer research and treatment, many cases of breast cancer can now be treated successfully. So, I felt somehow reassured about what was lying ahead.

“During radiotherapy, I found it extremely useful to speak with other people. I also became interested in complementary therapy for cancer and, as a result, I took up yoga and zumba dance, among other things.

“Quite unexpectedly, the big challenge came when I finished my treatment. In the weeks before, I had been cared for by a very supportive team of nurses and doctors. As I stopped seeing them, I felt like I was suddenly on my own. So I joined the support group at Macmillan and that was helpful.

“It’s crucial to be able to talk about your illness with others. It helps you realise that you are not alone. Surround yourself with positive people. Don’t be afraid to share your feelings with family and friends. And, last but not least, take good care of yourself. Cancer can take a physical toll on patients. Looking good helps you feel better.”