Keeping a close eye on your health

Conditions such as type 2 diabetes and cardiovascular disease can now be detected through painless examination of the back of the eye during routine appointments. Serious sight diseases such as glaucoma can be picked up before serious damage takes place. And all of us can benefit from having slight changes to our long or short sight calculated on a regular basis.

Moreover, 90 per cent of people in the UK say that sight is the sense they fear losing most, according to a 2006 Royal National Institute for the Blind report.

Yet, even though every day 100 people in the UK start losing their sight, regular eye tests seem to get pushed down the priority list for families.

Indeed, a 2014 UK eyesight study found that one in ten of us have never had their eyes tested, rising to one in five in London. The College of Optometrists report Britain’s Eye Health in Focus in 2013 warned that 5 per cent of people aged over 40 had not been for a sight test for at least ten years or could not recall when they last went. This rises to 11 per cent of ethnic minorities questioned, a particular concern as this group is at increased risk of particular eye conditions. And a quarter of parents said their child had never had an eye test while almost one in ten parents either couldn’t recall when their child last had a sight test or said it was more than ten years ago. 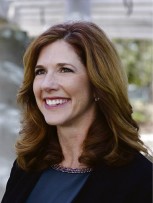 “We rely a lot on our eyesight in our daily lives,” she says. “Without it, activities such as reading, writing, driving a car or cooking a meal become very challenging, if not impossible.”

While the importance of clear vision is evident, she adds: “Eye problems often have no obvious symptoms and many people wait to see an optometrist until they notice a change in their vision. Others may have received a vision screening and think there’s no need for a full examination.

“Vision screenings can be very helpful, but they don’t show the full picture and often aren’t conducted by an optometrist. Visiting an optometrist regularly for a comprehensive eye exam can help detect vision problems early and allow for proactive steps to prevent future problems.” 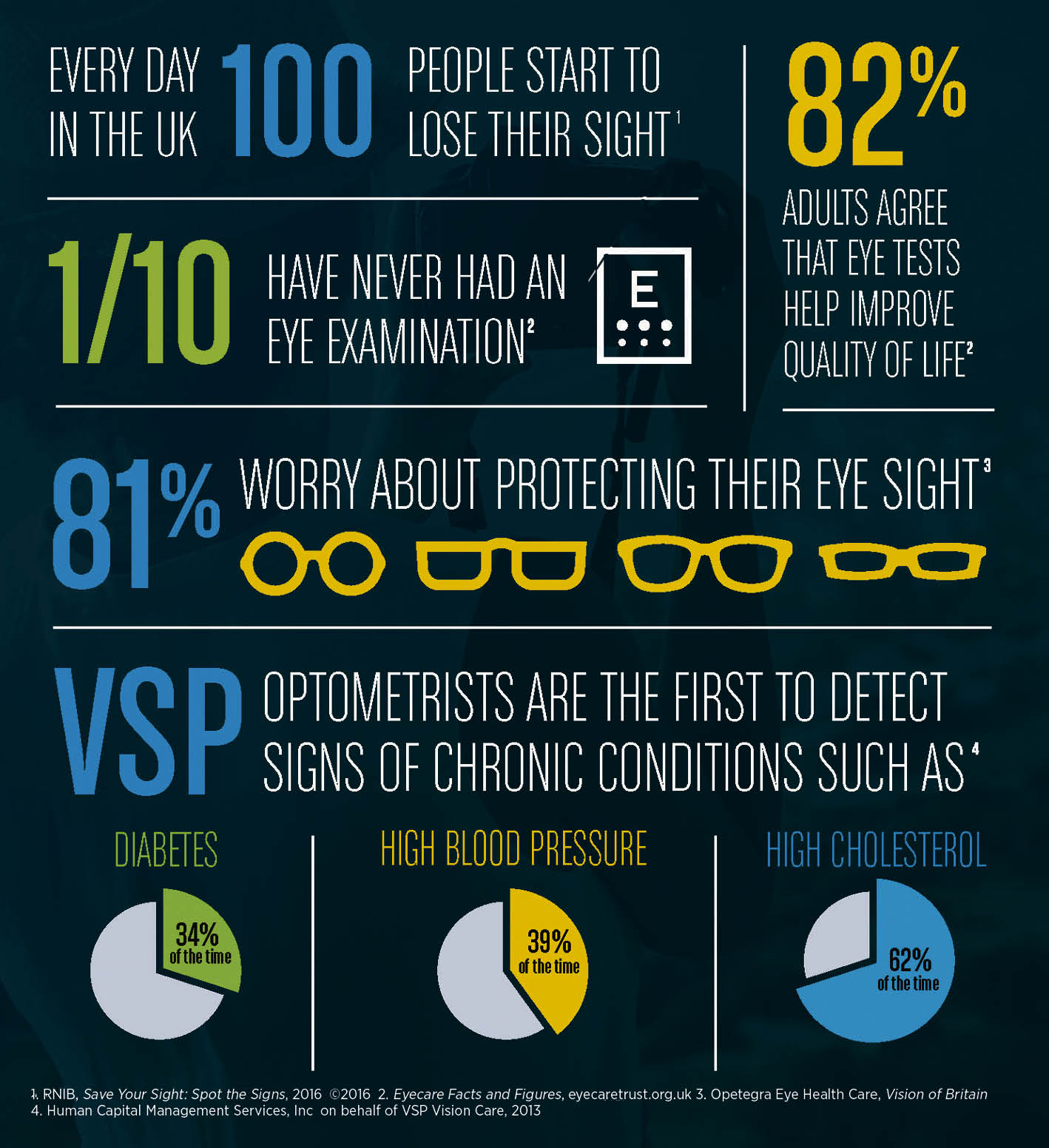 At a comprehensive eye test, your optometrist will look for vision disorders, eye muscle imbalances and eye diseases that could cause more problems later on if left uncorrected. These might include glaucoma, an eye disorder that is caused by too much pressure which can damage the retina, optic nerve or both, and cause vision loss. “Glaucoma is one disease that’s especially important to monitor,” explains Dr H. Chapman Leffingwell, OD, a VSP doctor. “The harmful effects can increase in later years if it’s not managed right away.”

Optometrists will also check for cataracts, a blurring of the lens when protein molecules clump together, blocking out light and dimming vision, and age-related macular degeneration, when the macular or centre of the retina breaks down destroying central vision.

Our eyes are unique in that they are the only place in our bodies that give a clear view of arteries, cranial nerves and blood vessels

Increasingly though, new tests are allowing optometrists to see early signs of conditions which affect the whole body. Digital retinal imaging is particularly useful for helping to detect diseases early, and retinal images provide a permanent and historical record of changes in your eye. Images can be compared side by side, year after year, to discover even subtle changes and help monitor your health.

Ms Renwick-Espinosa explains: “Our eyes are unique in that they are the only place in our bodies that give a clear view of arteries, cranial nerves and blood vessels. That perspective allows optometrists to detect early signs of chronic health conditions such as diabetes, high cholesterol and even brain tumours – and often before other symptoms are apparent.”

Even cancer can be detected early. A dark spot at the back of the eye may signal a melanoma, which if spotted can be treated before it travels to other areas of the body through the bloodstream and causes serious damage.

This early detection could save the NHS vital funds. Ms Renwick-Espinosa says: “By identifying conditions early, eye exams contribute to fewer hospital admissions and visits to accident and emergency departments, lower medical costs, and less time off work.” VSP’s survey in 2013 found that employers who invested in vision health plans for their staff saw a staggering 145 per cent return on investment.

Best of all, it could prove life-saving for you. According to Public Health England’s report, Tackling High Blood Pressure: From Evidence into Action, high blood pressure affects more than one in four adults in England and is the second biggest risk factor for premature death or disability. Yet only four out of every ten adults in England with high blood pressure are both aware of their condition and managing it to the levels recommended.

So far from being a chance to try on new lenses and learn about the latest contact lenses, useful and enjoyable though that is, a regular trip to the optometrists could be the ultimate in personal future-proofing.

After all, it’s one thing to be a little myopic when you’re reading a menu; quite another to be short sighted about staying fit and well for life.