There is some way to go before game-changing technologies are deployed to revolutionise patient care and the working practices of healthcare professionals, but there are encouraging signs of progress 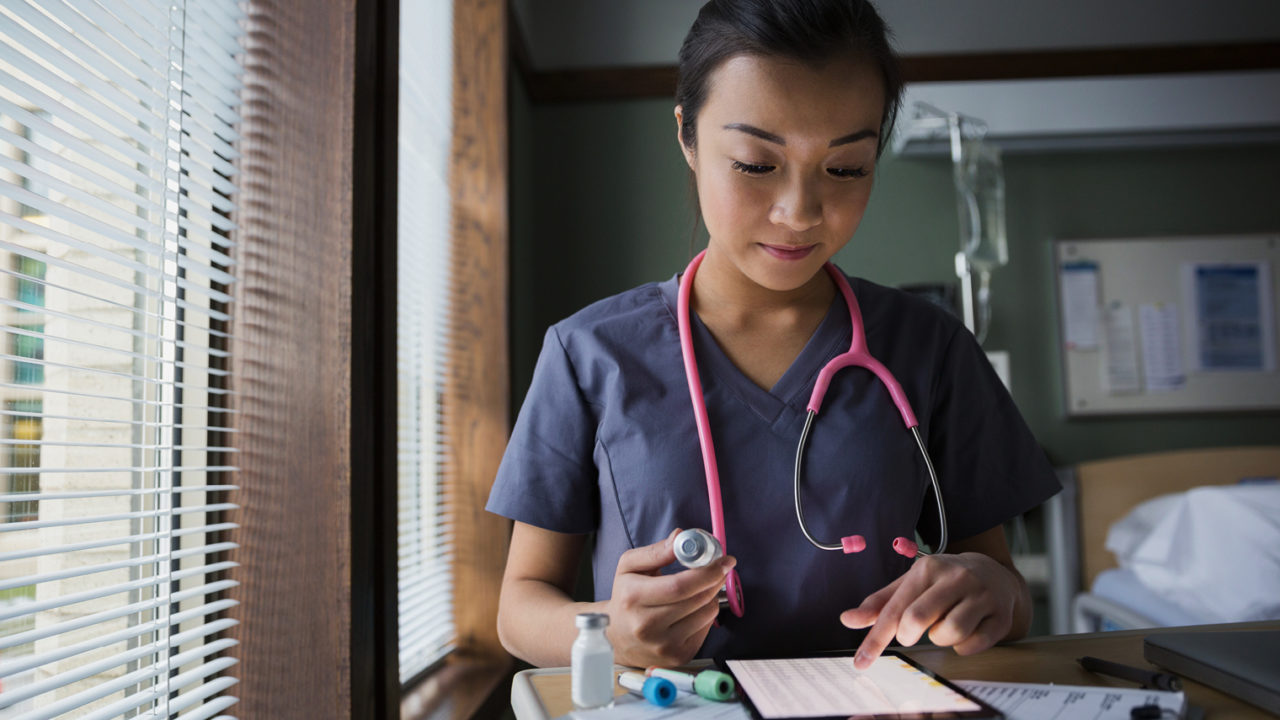 The future is already here; it’s just not evenly distributed. So said American-Canadian writer William Gibson, father of the cyberpunk sub-genre of science fiction, who has had his finger on the pulse of breakthrough innovations for decades. His perceptive comment is extremely apt when assessing healthcare technology in 2019.

Next-level tech innovations, unimaginable a decade ago, are beginning to upgrade how patients, practitioners and medical systems interact with one another; they are just not evenly distributed, yet.

Cruelly, we are afforded only fleeting glimpses of what the complete healthcare picture of the future might look like: nanotechnology for the treatment of cancer, for example, or genome research and manipulation or artificial intelligence (AI) used for genome sequencing.

Digital health progress has been slow in the UK

Progress has been slowed, especially in the UK where regulation is tight, through a lack of mainstream adoption, wariness of under-tested technology, as well as the exorbitant cost and time to develop market-ready healthcare products.

“These new digital technologies all enhance interactions between patients, practitioners and healthcare systems, and generate huge amounts of useful data. They also benefit patients by improving waiting times and their overall patient pathways, all the way to prevention medicine and better diagnoses and treatment options.”

Jake Freivald, vice president of marketing at New York-headquartered software company Information Builders, posits that technology in general and data in particular have always played a part in healthcare improvements.

Indeed, Florence Nightingale, the founder of modern nursing who died 119 years ago, originally trained as a statistician. “Using data-based evidence, she recorded the numbers of deaths in military hospitals and showed that, after introducing sanitation and better nutrition, the mortality rate fell from 42 per cent to 2 per cent,” notes Mr Freivald.

The potential of healthcare technology is enormous, says Barbara Harpham, chair of the Medical Technology Group (MTG), a not-for-profit group working to improve patient access to effective healthcare technologies. She cites a 2017 MTG study that calculated some £500 million could be generated in reduced long-term health costs and benefit payments through the use of just eight technologies, including sepsis diagnosis, wound care and coronary angioplasty.

“Despite the vast benefits, uptake of healthcare technology is often hampered by short-term approaches and a myopic view on healthcare budgets,” she says. “These fail to recognise the long-term benefits of reduced hospitalisations, improved quality of life for patients and their families, as well as the potential to return people of working age to employment.”

Professor Christopher Eden, one of the UK’s top-ranked prostate cancer surgeons and an advocate of robotic surgery, argues: “Most doctors have a jaded view of digital health solutions, having seen over the years so many attempts at National Health Service IT integration fail expensively. We work daily with technology, but the NHS’s hardware changes slowly and the software tends to run on Windows XP.”

The consultant urological surgeon at Santis, a private London cancer clinic specialising in robotic prostatectomy, continues: “For digital health solutions to be embraced, they have to offer something to the doctor: a more efficient way of working, improved diagnostics, AI, and something to the patient, notably better access to information and to healthcare.”

Professor Eden says that while the general attitude towards healthcare technology has changed for the better over the last decade, there is still some way to go to unlock its full potential. “Doctors and patients now all have smartphones and use apps, but not the same apps working on the same platform; that’s the future,” he adds. “It’s possible because we have the hardware. What is standing in the way is a lack of multidisciplinary buy-in and integration.” 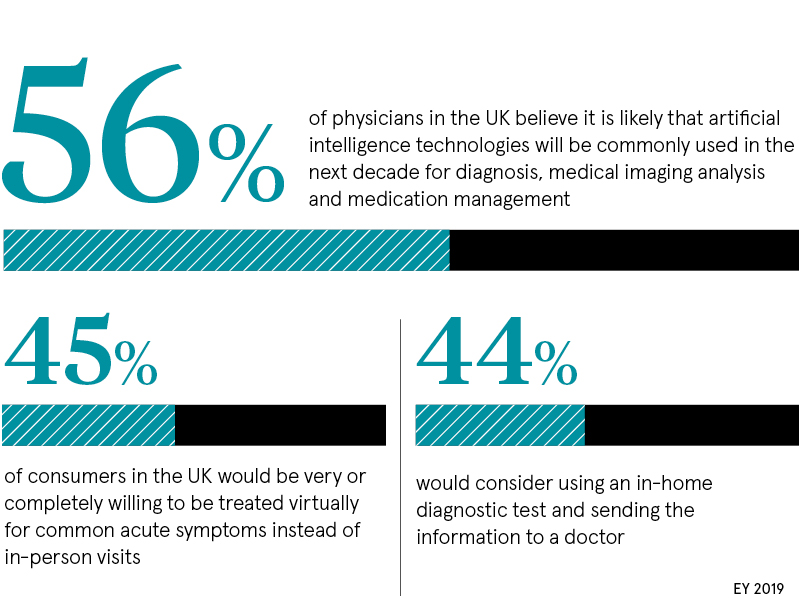 Niamh McKenna, health lead at Accenture, is more optimistic. “There have been some exciting developments in the evolution of the smartphone as a diagnostic tool,” she says. “This is a natural progression given how easy it now is to connect internet of things devices to smartphones, like those that monitor blood pressure or glucose levels, for instance.

“As such, diagnosis can now be run in a similar way to how it would be run in a hospital, just from a portable device. This is an easy step for clinical diagnosis on the move and has great potential for application in remote areas, like developing countries, mobile medical staff and self-care.”

Ms McKenna believes the step beyond this is leveraging functions in the smartphone to turn it into a medical device. This would be a game-changer, she enthuses, particularly in areas where it is hard to access clinicians.

Will NHSX bring about the change promised?

Neil Mesher, chief executive of Philips UK and Ireland, is equally upbeat about the future of healthcare technology and welcomes the establishment, in February, of NHSX. “This specialist joint unit to drive technology in the NHS is one way that health technology innovators and industry leaders can engage more directly with both clinicians and the government to create a culture of innovation,” he says

“NHSX will accelerate the adoption of proven, safe, tested existing healthcare technology across the system, breaking down some of the silos that have delayed progress.”

When NHSX was unveiled, health secretary Matthew Hancock heralded “the beginning of the tech revolution”. Patients and practitioners alike will be hoping it provides a much-needed shot in the arm for the UK healthcare system, and opens the theatre door to bigger and better innovations.