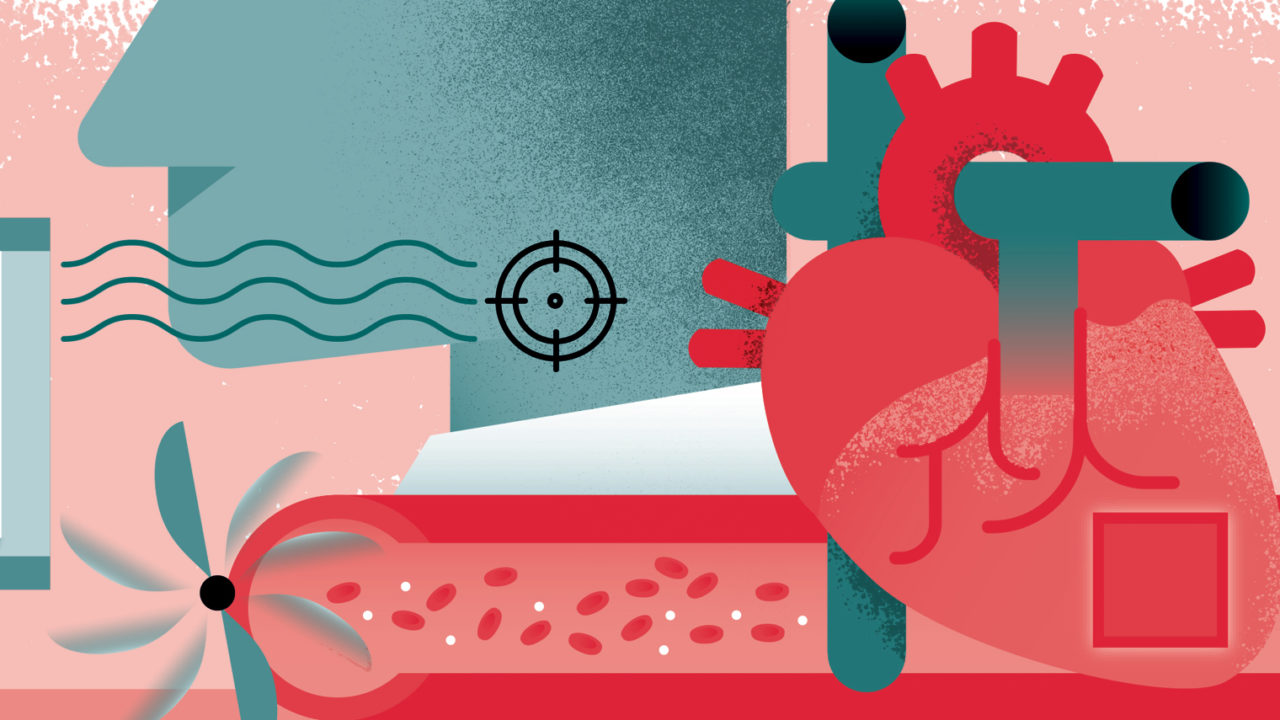 Surgeons carrying out complex heart surgery can now view and interact with real-time 3D images of the patient’s heart.

The image, created from scans and other data, floats in free space in front of the surgeon and can be used to plan and direct surgery in real time.

The Holoscope is the world’s first medical holographic system that provides image capabilities for direct and precise interaction both with and within the images. It enables clinicians to have full and direct control of 3D images in real time. They can also rotate, zoom, slice, mark and take measurements within the floating hologram.

Developed by Israel-based RealView Imaging, it uses light shaping technology to create full- colour, high-resolution, dynamic and interactive 3D images, without the user having to wear a headset. It can be turned and flipped as it floats above the patient during the procedure.

The technology is also being adapted to provide similar images of holograms inside the patient during cancer procedures.

In patients with dilated cardiomyopathy, where the heart’s ability to pump blood is reduced because the left ventricle is enlarged and weakened, it’s difficult to predict how the disease, which is the biggest reason for heart transplants in the UK, is going to progress and that makes treatment choices harder.

Researchers at Imperial College London, funded by the British Heart Foundation, are looking at how artificial intelligence can be used by doctors to predict the course of the disease.

“We are good at diagnosis, but not so good at prognosis,” says consultant radiologist Dr Declan O’Regan, whose team has also applied a similar approach to another heart condition, pulmonary hypertension. “We have trained the computer to recognise features of the heart, so when we give it scans, it can analyse them.

“The computer may be able to spot differences that are beyond human perception. It can also combine information from many different tests to give as accurate a picture as possible. What really matters to patients is finding the right information and the right treatment at the right time.’’

To train the computer, it is given data from many patients, plus an algorithm or instructions on how to use that information, which includes heart scans, genetic and other test results, as well as survival data. Primed with this, the computer can work out the effects that different factors had, making it possible for it to go on make predictions about other patients.

A new kind of pump may be the answer to the shortage of heart donors for transplants.

The healthy human heart pumps more than 30 million times a year and designers of artificial pumps have been hard pressed to provide that kind of performance in a device that it small enough to implant.

A team at the Texas Heart Institute believe they may have the answer with the so-called beatless heart, which works like a propeller rather than a pump, so there is no pulse.

The simple device consists of a rotor with two blades that spins inside a metal chamber that provides a continuous flow of blood. The smaller blade forces blood through the right chamber to the lungs, while the larger one moves it out of the left chamber and into circulation around the body. The speeds that the blades rotate varies to match the user’s needs.

“It has only two moving parts floating in magnetic fields, so it doesn’t burn out as fast as an artificial heart with multiple parts,” says inventor, Dr William Cohn, director of minimally invasive surgical technology at the institute.

The heart has been tested successfully in animals and in one terminally-ill human patient where it worked for six weeks until his death. A significant advantage of the device over similar gadgets is that it is small enough to be implanted in children as well as adults.

Using ultrasound to destroy one of the smallest organs may lower high blood pressure, a leading cause of heart attacks and strokes.

The treatment takes out one of the two cartoid bodies, each the size of a grain of rice, which are located in the neck near the arteries that supply the brain and play a key role in the control of blood pressure.

Around 16 million people in the UK have high blood pressure and many sufferers are unaware they have hypertension. Left untreated, it increases the risk of serious problems including heart attacks, strokes and kidney damage.

The theory behind the new treatment is that in some people with high blood pressure, the cartoids are hypersensitive and overreact, triggering constant high blood pressure. Researchers say the effect is similar to having a radiator thermostat set too high all the time.

Studies in animals and humans have shown that surgically removing one of the cartoid leads to an immediate and sustained fall in blood pressure, greater in some cases, than that achieved with medication.

The new treatment, which has been on trial at Royal Perth Hospital in Australia and other centres, uses ultrasound energy to destroy one of the bodies.

In the therapy, developed by US-based Cibiam, a catheter or tube is inserted into the femoral vein, which is located in the upper thigh and pelvic region, and navigated through blood vessels to the areas around the cartoids. Once in place, the ultrasound is activated.

A high-tech patch that helps heart muscle cells regenerate after a heart attack is being developed by researchers.

The collagen patch which contains a regeneration protein is placed inside the heart and has been shown to improve heart functioning and survival rates after a heart attack in laboratory animals. The animal hearts recovered and were close to normal working within eight weeks of being treated with the patch.

Most patients survive a heart attack immediately after it happens, but the heart is left damaged and scarred, making it harder to pump blood. Scarring spreads over time and can ultimately lead to heart failure. It is estimated that around half of heart failure patients die within five to six years.

Current treatments are aimed at making it easier for the heart to pump blood, although stem cells are also being investigated as a a way of regenerating damaged hearts.

It is the regeneration of the heart muscle and the problem of scarring, two areas not addressed by available treatments, that are the targets for the protein patch.

Key to the working of the patch, developed at Stanford and other US universities, is a protein called Follistatin-like 1 (FSTL1). Researchers examined more than 300 possible proteins, before identifying FSTL1 after discovering that it can stimulate heart muscle cells to divide.

Their research shows that it can trigger heart muscle cells already present in the heart to multiply and help rebuild the damaged heart as well as reduce scarring.

When it is surgically implanted, the patch has the elasticity of foetal heart tissue and releases the protein over time. Work on pigs that had suffered a heart attack showed the amount of blood pumped by the left ventricle of the heart dropped from the normal 50 per cent to 30 per cent, but was restored to 40 per cent after the patch was used. The pigs’ heart tissue also scarred considerably less. Human clinical trials are planned.