Last year, companies went on an extensive shopping spree. This year, global mergers and acquisitions (M&A) volumes fell by 16 per cent year on year in the third quarter, according to Refinitiv. Looking for suitable acquisition targets has become more challenging in an uncertain global landscape, but it also offers a huge amount of potential to future-proof your business.

Not all deals translate into immediate success. In the first nine months of 2019, 59 per cent of global deals worth $100 million or more underperformed the market, according to Willis Towers Watson. So which acquisitions have the best odds of success? And what role does the CFO play in the process?

“The CFO plays an integral part in any acquisition process, from assessing value to raising funds through to driving the integration of the two businesses,” says Catherine Birkett, CFO at fintech company GoCardless.

After acquiring TD Direct Investing in 2017, investment platform interactive investor (ii) became the second largest execution-only broker in the UK. This year, the company acquired Allianz Trust Savings. Barry Bicknell, CFO at ii, says: “M&A is a well-trodden path to accelerate growth in a business, and is particularly important in businesses with a high degree of operational leverage and the need to achieve scale is key.

“That said, identifying the right target, ensuring you’re not overpaying and having the expertise to integrate an acquisition remains absolutely key. In the case of interactive investor, acquisitions have enabled us to achieve essential scale, and add technology and talent to enhance further our customers’ service experience and deliver enhanced shareholder return.”

The difference between price and value

Given the ever-increasing complexity around company valuations, it’s challenging to figure out what price to pay for an acquisition. “In identifying potential acquisitions, the challenge for the CFO is being able to understand and articulate the difference between price and value, as the two are often different,” says James Palmer, managing director at Duff & Phelps and chair of the Institute of Chartered Accountants in England and Wales’ Valuations Community Advisory Group.

Ms Birkett adds: “While there are well-known valuation methods such as discounted cash flow or multiples, each valuation will always be partly subjective and that’s where the role of a CFO is as much an art as it is a science.”

In identifying potential acquisitions, the challenge for the CFO is being able to understand and articulate the difference between price and value, as the two are often different

Jana Mercereau, head of corporate M&A for Great Britain at Willis Towers Watson, concurs: “Developing a pricing model for an acquisition has always been more of an art than a science.”

She says the toughest aspects to model might be the costs incurred after a deal is closed. “One huge cost which needs to be appreciated during an acquisition is that of the distraction of management,” says Ms Mercereau.

“They are only half focused on their jobs now, as they are updating their CVs, talking to head hunters, trying to figure out where they fit in the new organisation. Likewise, the effect of the distraction will trickle down to services, support and ultimately the customers.”

The changing role of the CFO

But has the role of the CFO changed when it comes to acquisitions and, if so, how? “One of the biggest changes I’ve observed over the last decade is the increasing consideration CFOs now give to the period after the acquisition; specifically, the integration of the two businesses and the synergies which can be achieved,” says Ms Birkett.

“When assessing the attractiveness of potential targets, the first thing I would consider is how easy it would be to migrate the target’s customers on to the platform and systems of the acquiring business. Doing this well will make it easier for the management team to realise the synergies and derisks the acquisition considerably.”

The growth of the M&A market over the past decade has contributed to many new roles and the evolution of the role of CFO no doubt,” says Ms Mercereau. “But we have also seen a blurring of roles across the entire C-suite where former distinctions existed. 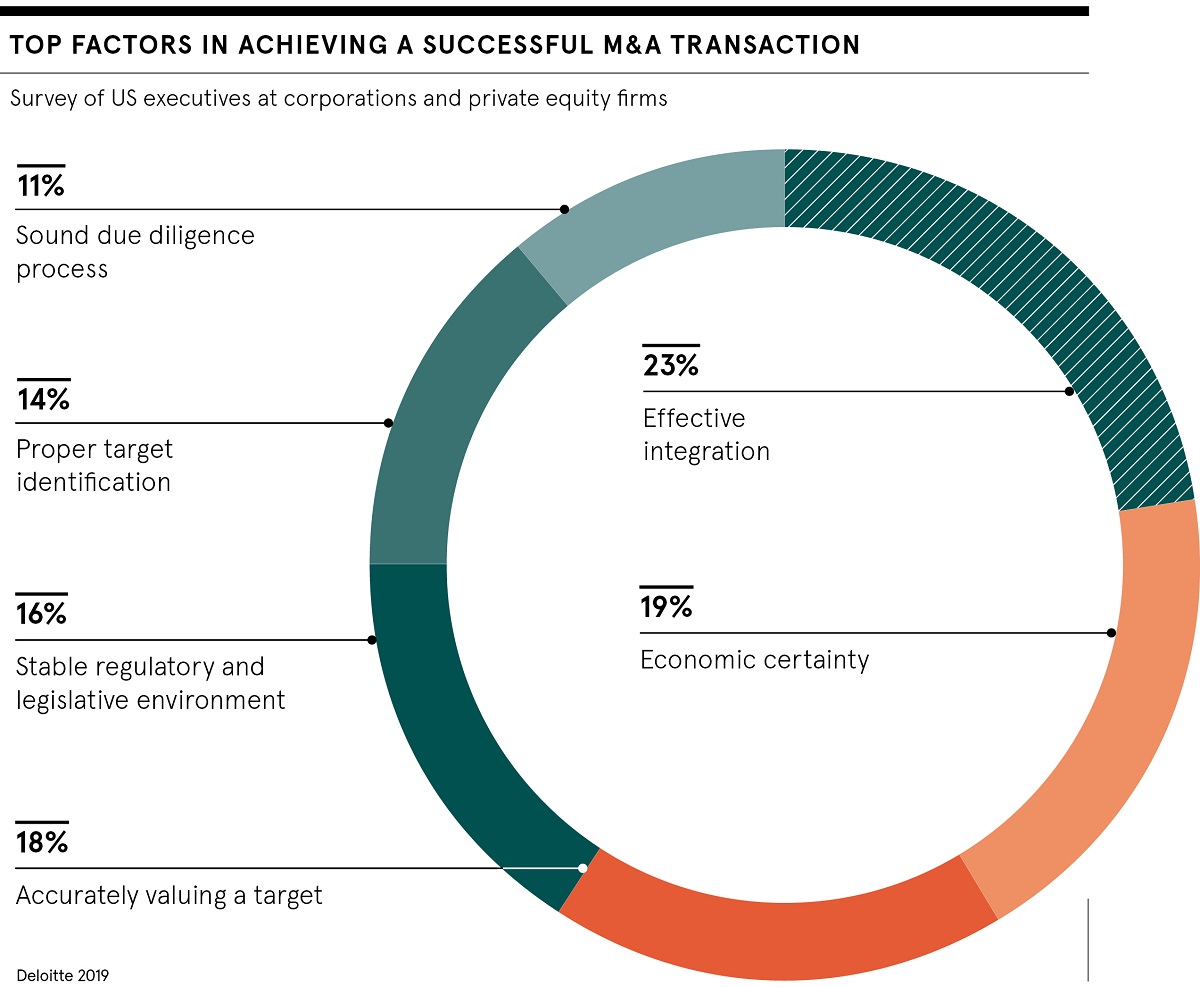 “The new CFO role is more commercially focused, but still adept at financial analysis crucial in supporting the CEO and corporate development teams in M&A. The CFO is now playing a more multidisciplinary role in corporate growth, serving more as a deputy CEO when thinking about the long-term strategy for their organisation, which includes acquisitions or divestitures and not just historic financial results, as they would in the past.

“This role extends past the deal identification stage well into integration planning and synergy tracking and monitoring of the acquisition to ensure shareholder value is achieved.”

The CFO and CEO pairing that leads to M&A success

But looking at the CFO in isolation only leads to partial insights. Wei Shi, associate professor at Miami Business School, argues it’s vital to consider both the CFO and chief executive in the process of acquisitions. “The CEO has a final say in M&A target identification though the CFO plays an active role,” he says.

Dr Shi recently conducted a large-scale study on how the characteristics of CFO and chief executive pairings influence the success of an acquisition. Together with Professor Guoli Chen of INSEAD Business School, Dr Shi studied the chief executives and CFOs at 2,356 US firms and 4,529 of their acquisitions.

In particular, the researchers measured executives’ levels of optimism and pessimism, by analysing their use of words such as “achieve”, “successful”, “reward” and “satisfy” for optimism, and “flaw”, “false”, “prevent” and “unavoidable” for pessimism.

Nowadays, chief executives are expected to be optimistic and visionary; think of Alibaba’s Jack Ma, Tesla’s Elon Musk or General Motor’s Mary Barra. And those optimistic bosses need to be tempered by pessimistic CFOs to gain healthy post M&A returns on assets, according to the study.

Given that it’s the CFO’s role to scrutinise potential targets, conduct due diligence and point out risks, a dose of pessimism can go a long way. The researchers conclude: “In the presence of pessimistic CFOs, optimistic CEOs not only undertake fewer acquisitions, they are also less likely to undertake dud acquisitions.”