Apps are putting consumers more in control of their money, but are they turning savers into investors? 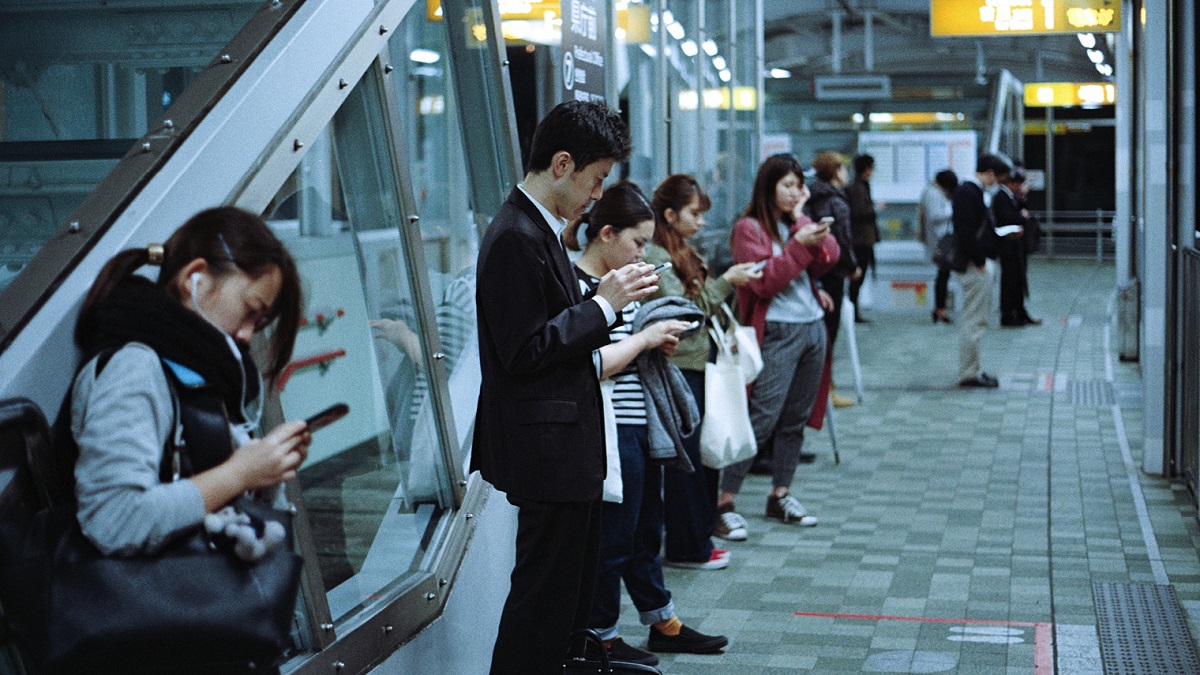 Anyone who has downloaded and used a savings app on their smartphone will appreciate the ease and convenience of being able to keep tabs on their money in real time.

With the advent of a new generation of evermore sophisticated mobile money apps, you can set savings goals, check how you are spending money, allocate money to different accounts and monitor your savings account.

“Savings apps have made investing convenient, available any time, engaging using gamification and seamless through round-up technology: buy a coffee for £2.40 and 60p goes into an investment account,” says Joe Parkin, head of iShares and UK digital wealth at BlackRock.

One of the best-known apps in the personal finance app space is Monzo, which has developed from being a pre-paid debit card to a mobile bank account.

Others, such as Moneyhub and Money Dashboard, enable you to see all your accounts in one place, including current accounts, savings and credit cards.

With the development of artificial intelligence (AI), some apps now have built-in functionality which can personalise savings advice and nudge you into making behavioural changes or switching to more competitive deals. For example, apps such as Chip and Plum use AI to analyse spending and can reduce bills. OpenMoney gives personal financial advice to help you save for the future and manage your money better.

As a result of the gig economy, many people have irregular income. These apps, which sweep spare money into virtual savings pots, provide greater flexibility than traditional savings accounts which weren’t designed for our modern working life.

Adapting to our new world of work

“The way we live is changing fast and it’s essential that the financial sector catches up,” says Victor Trokoudes, chief executive and co-founder of Plum. “Savings apps are the solution to the problems caused by modern saving patterns. Many people have fluctuating incomes and less predictable and more hectic lives.”

One big appeal for millennials using these apps is the ability to allocate money to specific life goals.

“Millennials want to see specifically what their savings are going towards rather than arbitrary savings accounts,” says Alex Lathan, chief executive of Chip. This helps encourage small acts of saving which wouldn’t have been practical with traditional deposit accounts.

Savings apps are the solution to the problems caused by modern saving patterns. Many people have fluctuating incomes and less predictable and more hectic lives

People aren’t necessarily always looking for a quick fix to their finances or expecting to solve their long-term saving dilemmas at the click of a button, says Samantha Seaton, chief executive of Moneyhub. But savings apps can reduce debt if people feel they are more in control of their money. Messages or “nudges” can remind the user in real time to put money aside.

“For example, a micro-saving nudge can be generated if utility bills are lower than normal or if you cancel a monthly subscription,” she says.

While previously the world of investing was inaccessible for many, these apps have democratised it, making it viable to invest relatively small amounts of money. Some providers, including OpenMoney, allow people to invest from as little as £1, opening the opportunity to invest to almost anyone and everyone.

The appeal of these apps is they make saving for a rainy-day fund simpler and more accessible, and in turn that can reduce financial stress.

“It’s hugely important to understand the positive impact a savings mindset can have on modern-day stresses,” says Colin Dyer, head of client proposition at 1825, the financial planning arm of Standard Life. “If people can build up three, four or even five months of income, enough to cover essential bills and expenditure, it can reduce their money worries significantly.”

One key question is whether this new generation of smartphone savers can be encouraged to convert their cash into a pension, ISA or stock-market fund.

Many of the apps in the UK are currently focused on cash products, says Mr Parkin of BlackRock, but Moneybox in the UK and Acorns in America are good examples of businesses that are turning savers into investors.

“Savings apps with the ability to invest money by the pence and pound, can make investing accessible and affordable to a much wider audience,” he says.

“Saving and investment are still distinct offerings, and the arrival of new players and digital solutions hasn’t significantly changed this,” says Bill Packman, head of asset and wealth management consulting at KPMG UK. “For the investment sector, however, it may take a generation or more to see universal adoption of tech platforms operating alongside the traditional adviser community.”

Savings apps have largely, and understandably, been aimed at younger consumers. But are older savers being ignored? “Millennials are looking for a simple and jargon-free experience that they feel comfortable using,” says Tom McGillycuddy, co-founder of tickr, a savings app. “Despite there being many investing apps currently out there, 80 per cent of our users are first-time investors. Most of them tell us they were already saving money for the long term, but were doing so in interest-free accounts. "It’s clear from conversations we have with our user-base that most existing options are designed by, and consequently for, people who have invested before. And that’s the main reason we think millennials haven’t really invested to date.” Samantha Seaton of Moneyhub says: “For those later in life, it’s a lot easier to start a conversation with an adviser when a true financial picture can be examined rather than a rough sketch. This ensures that any recommendations around retirement strategy and products can be properly informed.” Anthony Morrow, chief executive and co-founder of financial advice service OpenMoney, says savings apps are relevant regardless of age or demographic. “People are drawn to the ease of use, convenience and low cost, which is an appeal that transcends all life stages,” he says. “The appeal of money management isn’t confined to one specific demographic. While we understand people will have different saving and investing requirements at different life stages, these have a relatively universal appeal when the initial investment sum isn’t sky high.”