Can Britain be a fintech world leader?

It wasn’t so long ago that the term “fintech” would have been meaningless to most people, perhaps conjuring up images of a surfboard brand at best. Yet over the past few years, the term has gained increasing traction with London’s business and political elite, and the burgeoning financial technology sector is being seen as a saviour of Britain’s software and banking sectors.

There is no arguing with the numbers. According to KPMG, there has been a six-fold increase in investment in fintech companies over the past three years. Around $20 billion was poured into the sector last year which was up two thirds on 2014.

No wonder then that the government has leapt on the notion that Britain could emerge as a world leader in fintech given the City of London’s strength in financial services. Ministers said last year that British financial technology generated £20 billion of revenue in 2014, and the UK and Ireland is the fastest growing region for fintech investment in the world.

There are emerging stars in the London market with companies such as TransferWise plastering tube stations and Facebook with adverts aimed at stealing business from the big banks. Yet banks are also taking a leading role as they look to catch the wave of new technologies, such as blockchain, to avoid being disrupted.

The 2016 Barclays Accelerator, the third of its kind in London, reads more like the portfolio of a Silicon Valley tech incubator. In this year’s crop, the bank is hosting cognitive computing startups, machine-learning recommendation engineers, cyber-security players and blockchain-based invoice businesses. 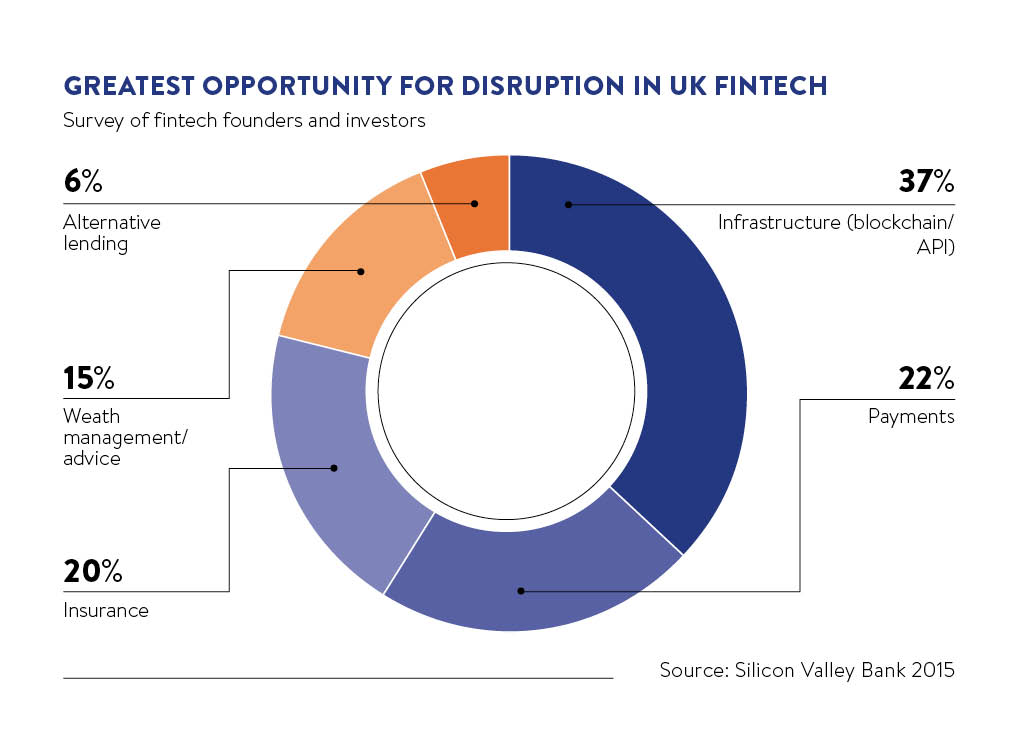 Nikolay Storonsky, founder and chief executive of money app Revolut, says London has plugged into the funding industry while benefiting from the collaborative culture that has grown up around incubators such as Level 39 in Canary Wharf. He points out that £217 million has been pumped into UK fintech startups in the past seven months, including his company’s near-$5 million capital raised this month when the likes of Balderton Capital and Index Ventures backed the young business.

The UK government wants to help develop this sector, but warm words need to be followed up with blisteringly hot actions by a number of actors

“Fintech is hugely valuable to the UK economy,” says Mr Storonsky. “The financial services sector alone contributes £150-160 billion in GDP annually so, of course, it is a significant focus point.”
This suggests that Britain’s fintech scene is indeed flourishing and could generate genuine economic value over time. Yet some are still to be convinced that presuming the geographical proximity of banks, finance and coders will ultimately lead to a booming industry.

Looking beyond the capital

George O’Connor, a technology analyst at investment bank Panmure Gordon, argues that Britain still only has a toe in the water of fintech success. “It is barmy to think that London can be the fintech capital of the world just because it is the capital markets capital of the world. Look at Silicon Valley – that became the world’s pre-eminent tech capital without having a customer in 500 miles,” he says.

“It is very welcome that the UK government wants to help develop this exciting, yet nascent, sector. But please be aware that warm words need to be followed up with blisteringly hot actions by a number of actors.” 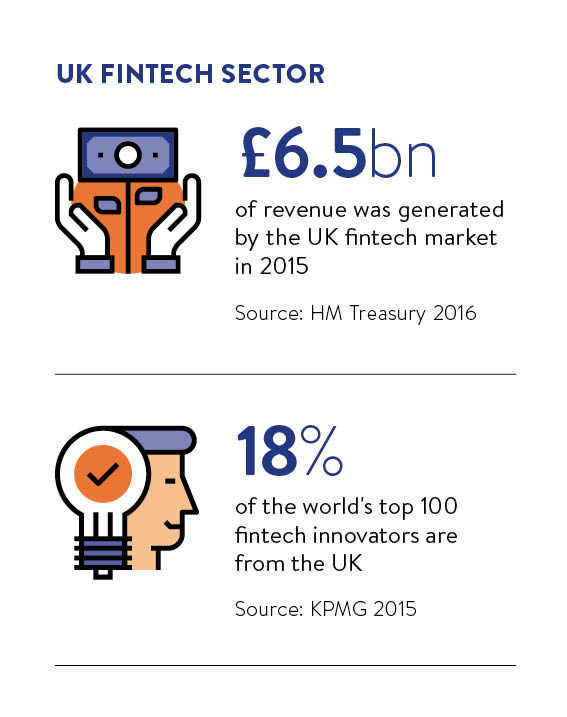 There is also a danger that the focus becomes too London-centric and some believe the government needs to look beyond the capital to ensure the UK’s fintech scene is sustainable. Chris Maule, chief executive of the UK Bond Network, says London-based companies TransferWise and Nutmeg may be leading the way in alternative finance, but we need to look beyond the M25.

“There are arguments to suggest that London has succeeded at the expense of the rest of the UK and it is in this light that London should act as an example to policymakers in driving change in other cities and regions,” he says. “We are starting to see similar support networks in other regions that enable tech innovation and business growth, and as long as this continues, and associated public support is deployed, the success of London can be replicated across the nation.”

Visiting politicians have been drawn to Canary Wharf to marvel at the burgeoning fintech presence and some have hatched plans to adopt similar policies for their own markets. That could prove to be a danger for the dream of London being the global fintech capital as other markets jump on the bandwagon.

The KPMG Fintech 100 index of the leading players and most promising startups lists 18 British companies. Yet Australia and New Zealand, with a fraction of the population of the UK, have ten entrants while China, which only contributed one company the year before, had seven listed. Britain may be in the race, but as in all areas of business, nothing can be taken for granted.

Ian Pollari, global co-head of KPMG’s fintech practice, says: “The speed and energy with which fintech innovation is impacting financial services is gathering global momentum on many measures. This year’s report underscores the international nature of fintech.”

Whether a tiny startup or a gigantic FTSE 100 bank, the entire industry is looking down the barrel of change. Analysts CCS Insight say this is not being driven by developers, chief executives or government policy-makers, but by consumers.

According to CCS Insight: “Banking habits have been changing as users grow comfortable with conducting business on mobile devices and online, and the democratisation of smartphone ownership in recent years has allowed the network effect to kick in. It’s created an environment in which person-to-person money transfer services can thrive.”

Keeping up with that trend is key to London’s continued progress.