The 1995 Rugby World Cup was a crucial moment in South Africa’s history. Just a year after the country’s first general election at which people of all races were permitted to vote, the nation was playing host to one of the largest international sporting events in the world. What’s more, the home team had made it all the way to the final.

However, a fairy-tale ending was anything but assured. Rugby in South Africa was still very much a white sport and the springbok emblem, as well as the green and gold colours worn by the team, were considered by many to be symbols of the country’s apartheid past. The team that would eventually go on to beat New Zealand in extra-time in the Johannesburg final had only one black player, winger Chester Williams.

But on the evening of that final, the country’s new president – its first black premier – took to the field before and after the game wearing the famous green and gold jersey. In one simple act, Nelson Mandela had told a story and shown his country that in the new South Africa victory for the rugby team was something to be celebrated by everyone.

It was an effective narrative at the time and one that still resonates today. But according to Alison Esse, joint managing director of change management consultancy The Storytellers, it has implications for leadership and identity in a business context too, showing not only what a well-judged story can achieve, but also that such narratives can be communicated in a host of different ways. 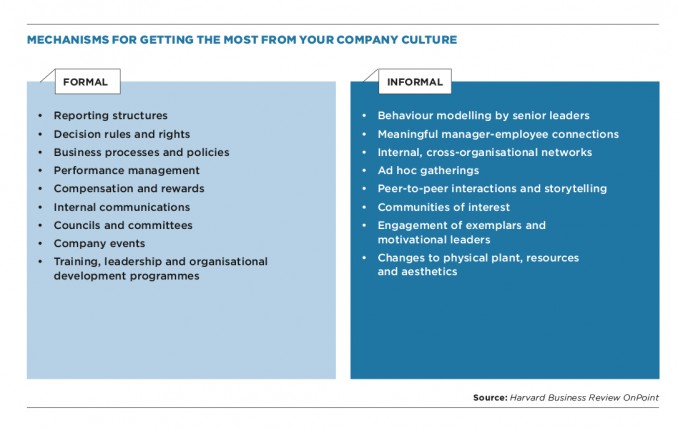 “Our approach is about setting change into context,” she explains. “We ask, ‘Why do we need to go through this journey and what part can each person play?’ The central focus of our programmes is to help every individual in the business to understand the personal contribution they can make to that change so, even if they consider themselves to be very junior or a small cog in a big wheel, they still realise that everybody has a part to play. Collectively, it makes a real step change.”

Ms Esse adds that presenting a “disjointed raft of messages” about values and strategy is far less effective than linking things together with a narrative that makes sense. “People want to work for a higher purpose, not just come in and get paid for a job. If you can really put the spotlight on the end-user and show how the company is making a difference to their lives and their business, that is immensely engaging.”

She names Eric Schmidt of Google, Virgin boss Sir Richard Branson, former RBS chief executive Stephen Hester and ex-Marks & Spencer chief Stuart Rose as exemplary business storytellers, but she’s keen to stress that the approach she champions can only work if it is practised by leaders throughout an organisation, not just at the very top.

Andrew Powell was human resources director at Colt Technology Services in 2009, when it was undergoing a transformation that would see it change from a telecoms company into a technology business. The process, he explains, came with structural reorganisation, as well as changes to the company’s brand and culture. “The telecoms industry thinks in days and weeks,” he says. “But in the IT industry, it’s a matter of seconds and minutes.”

However, rather than issue a top-down decree about what employees would have to do as the company transformed, Mr Powell and his team worked with The Storytellers to develop a cohesive narrative about the change, the vision that had inspired it, the motivation for achieving it and the end result that was being targeted.

The Storytellers regularly see a spike in measures of engagement, sometimes by as much as 20 per cent

This narrative was then relayed to specially chosen “ambassadors” throughout the business who were selected for their communication skills, rather than their seniority. “And it wasn’t a cult, where everyone was forced to buy into it all,” says Mr Powell. “The local champions were free to challenge management behaviours.”

The strategy meant that each of the local ambassadors or champions could put the story into context for their team and their geographical region, making it relevant and reducing the potential for miscommunication.

Mr Powell, who has now moved on from Colt to become chief executive of The Training Room, says the before-and-after “temperature check” carried out by Colt to measure employee engagement revealed an increase in scores in the wake of the reorganisation. And, according to Ms Esse, The Storytellers regularly see a spike in measures of engagement after they have worked with a company, sometimes by as much as 20 per cent.

However, storytelling in a business context is not without its risks. So says Steve Denning, author of The Leader’s Guide to Storytelling and consultant for clients such as GE, IBM and Netflix. “Stories are powerful tools,” he says. “And like all powerful tools, they are quite dangerous. A story will reveal much more clearly what is going on. So, if a firm has a bad goal – perhaps to make money for the boss and enable him to make his bonus for the year – then the story will unfailingly reveal this and have the opposite effect from what the executive might have hoped.

“You need to educate yourself. Most stories don’t inspire you, and get you to rush out and get into action. There’s a very narrow group of stories that does this, so the first step is to understand what it is about these particular [engagement-boosting] stories that have this capacity – and then go out and master them.”

Mr Denning describes a “springboard story” as one that encourages people to embrace a new idea and become its champion. He adds that it is the most popular type of story he teaches and goes on to lay out his own paradigmatic example.

It comes from his time at the World Bank during the 1990s, while the organisation was trying to improve the way it went about its basic goal of reducing poverty around the world. Mr Denning’s idea was to encourage the bank to become a source of information about issues that affected health and living standards.

0He made his case by telling the story of a health worker in a little village in Zambia, who logged on to the website of the Center for Disease Control in Atlanta, Georgia. The important thing, says Mr Denning, is that the World Bank’s wealth of information was not the go-to resource for people who made decisions about poverty; the people who could use it to its greatest effect. “But just imagine if it were,” he said at the time. “Think what an organisation it could become.”

Sure enough, Mr Denning’s original 29-word story sparked a major transformation in what he describes as “one of most change-resistant organisations in the world”.

“When a story is effective you don’t have to do anything more,” he says. “That’s the beauty of it – you just have to sit back and watch waves of implementation happen.” 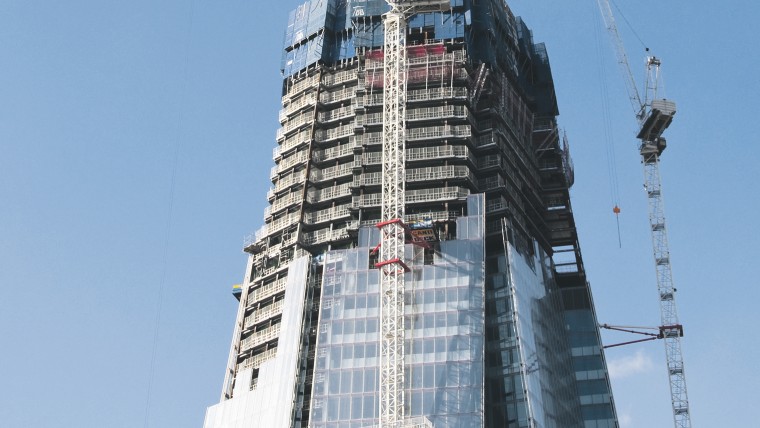 After providing structural design services for the Shard, the tallest tower in Europe, it would have been understandable for engineering consultancy WSP to set its sights a little lower. But, says chief operating officer Mark Naysmith, it did the opposite. “The strategic objective was to expand further globally,” he says.

This was achieved thanks to a £278-million deal with Canadian counterpart Genivar, which had a similar goal. Despite being the smaller of the two businesses, it was Genivar that acquired WSP, creating a company that would be known as WSP Group.

Of course, it’s not unusual for merger and acquisition activity to create unrest within a business. According to an Aon Hewitt study, when a company is acquired, its number of actively disengaged employees tends to increase from an average of 13 per cent to 16 per cent, even if the acquisition has no significant impact on the jobs of the employees. That figure rises to 18 per cent in instances when employees’ jobs are affected.

Despite this, Mr Naysmith says he was relatively unconcerned at the time of the deal in 2012, since it was possible to present staff with “a narrative based on two key points: a complementary meeting of minds and a lack of geographical overlap”. The latter was particularly important, he says, because it allowed the companies to benefit mutually from spreading their bets across different markets and regions, without infringing on existing relationships. And it had the added bonus of keeping UK talent happy. “It was encouraging to have so many people interested to hear about secondments to Canada,” he says.

Mr Naysmith also reports the newly-formed company’s headcount increased by around 20 per cent in the UK following the deal and that retention levels went up. Another crucial detail was the operating model remained largely untouched, with divisions of the company in individual countries being allowed to maintain their autonomy.

The narrative around the acquisition was strengthened by being communicated early – “the longer you leave decisions, the easier it is for speculation to start” – and updates where given regularly and through a number of channels. However, he adds: “You still can’t beat face-to-face interaction.” The new chief executive’s visits from Canada to the UK and other global offices were important.

While Mr Naysmith notes that early, frequent and planned communication about the acquisition was key – and necessary for an effective narrative – he admits it’s impossible to plan every detail. As a result, WSP Group took an “80:20” approach, whereby it was understood that approximately 20 per cent of what happened when the two businesses integrated would have to be a response to events as they unfolded.

Three years on and after full integration, Mr Naysmith says internal surveys have seen employee engagement rise from “good” to “strong” and then “very strong”. The move has been greeted as a success, so much so that the plan of attack has been broadly similar so far for the group’s most recent move – the $1.3-billion acquisition of infrastructure-focused professional services firm Parsons Brinckerhoff.