Disney is renowned for innovation. The company didn’t just invent theme parks as we know them, it also helped develop much of the technology needed to thrill and entertain. But less well known is that Disney is a pioneer in sport.

Striding through the giant gates of the Wide World of Sports in Orlando, Florida, it soon becomes apparent that this is no ordinary sports complex. Its tall yellow towers and spotlessly clean sweeping archways resemble those found in Mediterranean towns, and give visitors a regal feeling of arrival. Its wrought-iron railings form the shape of baseball bats and inside the ballpark clubhouse even the light fixtures resemble ballplayers.

The same attention to detail is found throughout the complex which is no mean feat given its sprawling size. The 250 acres comprise facilities for hosting more than 70 sports. There’s an 11,500-seat baseball park, four multi-sports fields, a track and field complex, a six-field softball complex, ten tennis courts and two indoor arenas, with the flagship venue big enough to accommodate twelve volleyball courts. 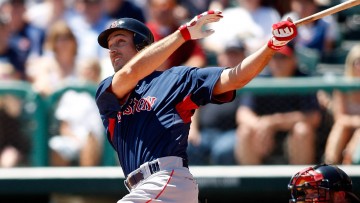 It is run by Walt Disney World Resort’s sports division and was the brainchild of its majority owner, the Walt Disney Company. The sports complex was designed by the same wizards who build Disney’s state-of-the-art theme park rides. Perhaps surprisingly, its purpose was to entice guests to nearby Disney World, the world’s most-visited theme park complex that features four theme parks, an entertainment and shopping complex, two water parks and more than 25 hotels.

What makes the Wide World of Sports truly unique is the vast majority of the events staged there are for youth and amateur teams and competitors. Crucial to this strategy has been the Amateur Athletic Union (AAU), the largest amateur sports organisation in the United States.

The AAU announced its support for the Wide World of Sports several years before the complex opened in March 1997 and even relocated its headquarters to Disney World. It committed to staging more than 35 national events annually at the venue and it hosts 26 national basketball events there each year as well as others in baseball, gymnastics, fastpitch softball, track and field, and wrestling.

The top coaches and college scouts from America’s National Collegiate Athletic Association come to the AAU national championships to recruit the best high school talent before each season begins, and the same goes for other sports.

“We offer a wide variety of youth events for athletes of all ages and skill levels,” says Maribeth Bisienere, senior vice president of the Wide World of Sports. “They range from the Disney Soccer Showcase, featuring the top high school boys and girls soccer players in the nation, to the Pop Warner Super Bowl and the AAU Volleyball National Championships, to Disney High School Spring Training, which is open to any high school team, such as soccer, lacrosse, field hockey or golf, looking to train and compete outdoors here during the spring.”

The competitors tend to visit the nearby theme parks in between matches in a tournament or after the games have finished, so it is good synergy for Disney’s business. As the athletes tend to be young, they inevitably come with their family members, which brings even more business Disney’s way. It welcomes them with open arms and even creates bespoke packages for competitors, so for example they can get discounted park tickets valid after 2pm which is useful if they have been training in the morning. 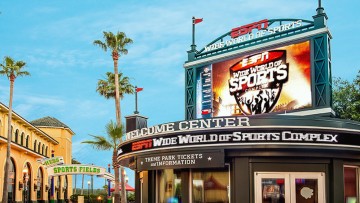 Many of the big Disney endurance races are cleverly scheduled to coincide with the slowest times of the year for Disney. In January and November it hosts marathons through its theme parks, but with more than 100 sports events staged annually at the Wide World of Sports, they also take place at busier times.

In December, there’s the Soccer Showcase, the biggest youth football tournament in the US, which features more than 500 teams from over 20 countries. “Perhaps the biggest growth sports at our complex are soccer, endurance races, volleyball, and cheer and dance,” says Ms Bisienere.

The Wide World of Sports has a prestigious patronage and the list of young athletes, who competed there and went on to reach the top of their games, reads like a roll-call of sports stars.

They include Wimbledon champion Serena Williams, Lleyton Hewitt and Pete Sampras, and from basketball NBA stars O.J. Mayo and Shane Larkin. American soccer star Freddy Adu played in the Soccer Showcase when he was 12. However, aspiring to these lofty heights is only one of the hooks which lure kids to the complex.

The Wide World of Sports has hosted practice events for teams in the three primary American professional sports leagues and in February every year the Atlanta Braves Major League baseball team holds its spring training there.

The US-based global cable and satellite TV channel ESPN, which is part owned by Disney, broadcasts from the Wide World of Sports.

The ESPN brand is displayed on digital boards and jumbotron screens around the facility which show clips of the matches there. Competitors can even end up on television outside the complex as the action is streamed to both the ESPN3 website and a dedicated channel which is available in more than 27,000 Disney hotel rooms nearby. This alone is believed to reach at least ten million people annually.

The next major development at the Wide World of Sports is the arrival in May of the Invictus Games, the multi-sport event, founded by Prince Harry, for wounded, injured or sick armed services personnel.