Chief executives can no longer simply pay lip service to inequality, and must instead acknowledge their own failings and move to transparently tackle racial discrimination head on 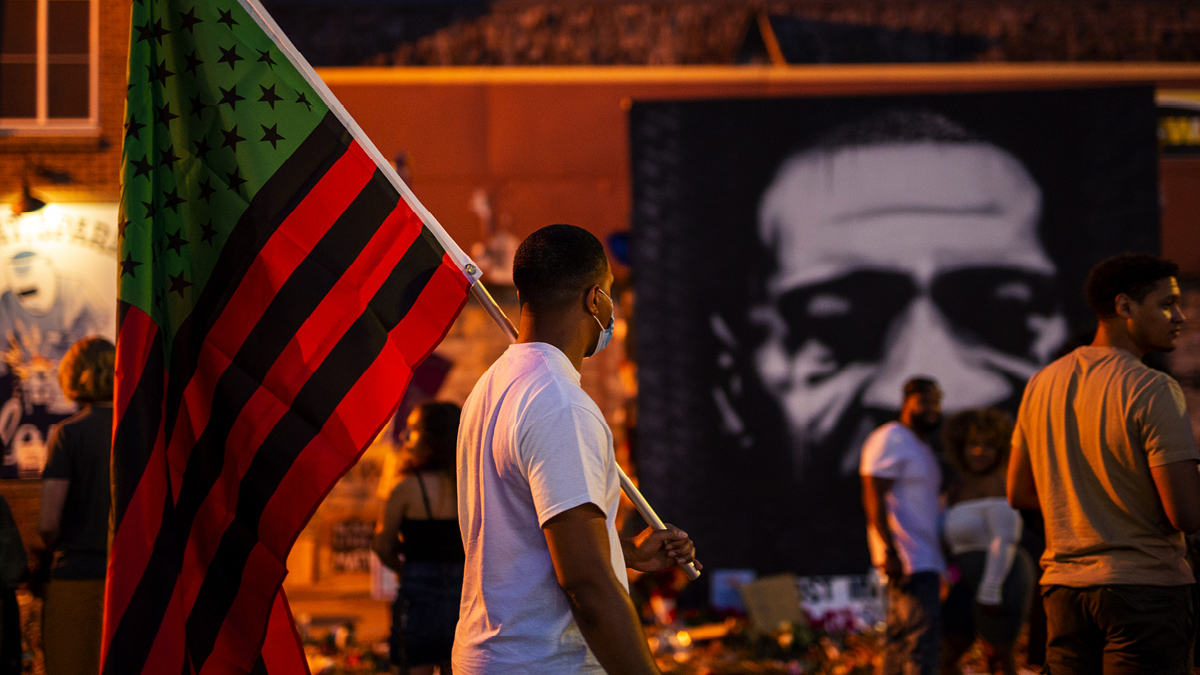 In the wake of the recent Black Lives Matter movement, Vigiuer said she understood “much better” and took responsibility for not “creating” a conversation for change. Vigiuer outlined next steps for L’Oréal Paris in battling systemic racism, chiefly that Bergdorf would head up a soon-to-be-formed diversity and inclusion board.

As a pledge against racism from the very top of the corporate ladder, it is not alone.

The Black Lives Matter movement has sparked a global, unprecedented reckoning with institutional racism. Business has not escaped scrutiny. Before, companies could ward off unwanted attention regarding their commitment to tackling discrimination with a well-publicised donation or two; now there are demands not only for receipts but for employee data and proof the internal structure matches public professions.

Business leaders, unused to having to confront such deep structural issues of racism, are grappling with the question of how to act – and what consequences they face if they fail to do so.

Employees have begun whistleblowing; businesses that don’t match deeds to social media pledges run the risk of reputational damage, which can result in a tangible economic impact. An advertising boycott of Facebook, masterminded by a coalition of civil rights leaders and advertising firms, has reportedly slashed ad spend on the platform by 42 per cent, following the social media network’s failure to confront “hate speech”.

A sticking plaster of a day’s ‘diversity training’ is not enough to tackle deep-rooted racist structures that have crept up like poison ivy over decades of neglect. Instead, say those within the corporate sector, there must be a two-pronged approach.

“Accountability and sustainability is what’s missing right now,” says Hayley Bennett, a diversity and inclusion consultant. Over the past few weeks, Bennett says business leaders have reached out with a sincere desire to enact change, starting by inviting employees to share experiences, with far more willingness to actually listen. Yet strategies she has seen presented thus far are short term. Instead, she recommends target-setting – something many CEOs shy away from.

“People shouldn’t be afraid of having targets,” says Bennett. “But these don’t have to be things like a specific number of Black people in a certain number of positions. They could also be targets for engagement scores, like how do Black colleagues actually feel about working there?”

She says that having public accountability, such as publishing employee ethnicity data, also makes these kinds of interventions successful.

Setting public targets has been embraced by business leaders who straddle inclusion campaigns and global corporations. Ann Cairns is both executive vice chair of Mastercard and global chair of the 30% Club, a worldwide initiative founded a decade ago to push for more gender diversity in boardrooms and among the C-suite.

The club recently announced a new set of targets for UK businesses to achieve over the next three years: to see at least one person of colour on the board of every FTSE 350 company, with at least half of those spaces reserved for women, meaning 175 new board seats for women of colour.

Targets such as these help to remove the risk of unconscious bias, Cairns says. “Institutional racism is often not deliberate. Companies don’t want to marginalise or discriminate against minorities; they slip into it through a non-inclusive culture that perpetuates the status quo.”

Non-diverse companies losing out on talent

Inaction on the issue, though, poses not just the risk of reputational damage but the omission of key talent.

“Companies with homogenous management teams fare less well than those with gender and ethnic diversity,” Cairns says. “They miss out on the thinking that a wider pool of people can bring. That’s [also] why more companies are under pressure from investors to diversify at board level.”

But CEOs must take direct responsibility for ensuring their corporate structures are both representative and actively anti-racist, rather than using HR departments as a handy scapegoat.

Marketing entrepreneur Sophie Amono, a member of BIMA’s Diversity and Inclusion Council, says many C-suites have never had to think about diversity on this level, as their jobs are chiefly to maximise profit. “That’s why they hire huge HR departments they can hide behind,” Amono says.

She says one solution lies in working with grassroots consultancies, an approach that BIMA’s D&I Council has championed. But expecting them independently to fix problems on their own will end in failure.

“What we want to do on the BIMA D&I Council is connect CEOs to actual organisations, advocates and consultants with lived experience who will direct them to the actual solution to the problem,” Amono explains.

“At the moment, issues of racism are seen as a HR matter,” she adds. “With all the respect in the world for HR departments, they are not experts in racism. But there are many organisations who are experts in combating racism and integrating marginalised communities. You need to go to them.

“A lot of C-suites have had it very easy for very long. HR tells them what they want to hear. They almost need to have a safe space to hear what it’s really like.”

Pressing too is the problem of how to hold leaders in less public-facing sectors accountable, especially when reputational damage is less of an incentive to change racist structures.

“Reputation is one of the things that makes a company act quicker,” observes Rupa Shah, director of the UK’s only influence compliance consultancy. A previous 13 years at the Advertising Standards Agency taught her that shame is often the most powerful tool in forcing reluctant corporations to address cultural issues.

Some CEOs will feel enough pressure to make change in this moment, Shah believes, but she is unconvinced that those with less public accountability will follow suit.

“I straddle two spheres; the advertising and the legal sector, and I can see a huge difference [in diversity],” Shah says.

Ironically, it is industries with the most established structures that fall furthest behind when it comes to tackling institutional racism.

Corporations operating with a “culture of secrecy,” entrenched via decades of old reporting processes for discrimination complaints tend to have less public transparency. If track records on gender equality are an example, the outlook isn’t exactly promising.

“I think it’s safe to say they will be behind on many other issues of diversity too,” Shah finishes.

Investing in future CEOs is key

Clearly, a gargantuan task lies ahead. It will take a cohort of leaders – willing CEOs, advisory councils and advocates – to jointly ensure an entirely new Overton Window for acceptable anti-racist practices in business is built.

Sophie Amono believes that investing in the “CEOs of tomorrow,” is what will ensure lasting change; putting energy towards ensuring the up-and-coming leaders in the sector regard comprehensive D&I strategy as a given, rather than an annual away day.

Yet for those at the top of the pyramid right now, Hayley Bennett says the immediate way forward is clear: address pay disparities and racist bullying and harassment complaints for existing ethnic minority employees first, build the new structures and invest in external anti-racist organisations second – an act she believes is the “bare minimum”.

Bennett admits that not one CEO has got it totally “right” yet when it comes to tackling racism but says she is optimistic regardless. But the first step for CEOs looking to lead is to actually do something.

“[Institutional racism] takes time to tackle and you should always have strategy and objectives,” she says. “But that can be an excuse; it doesn’t always have to be a drawn out action plan. Some things can change, right here, right now”.