Insurance can be a minefield through which businesses tiptoe unaided at their peril, but help is at hand

Most companies are clueless about insurance. They cover the wrong things. They pay too much or scrimp and end up with inadequate cover. And usually they are oblivious to these failings until things go wrong.

In fact, most business owners barely think about insurance more than one day a year. They renew. And forget.

Fortunately this is the perfect time to remedy this. The Insurance Act 2015 comes into force this August, bringing in a whole new culture of coverage. Every company will need to review its policies.

Getting the best deal

But how can companies get the best deals? Alex Balcombe, director of Harris Balcombe, is bursting with tips. His family have been loss assessors for 145 years. He rattles off umpteen errors companies often make, starting with definitions.

“Check what the words mean in the policy,” he urges. “What insurance companies call gross profit is different to what an accountant calls gross profit. Everyone assumes they are the same, but it’s not so. As a consequence people are woefully underinsured.”

A report by the Financial Conduct Authority last year confirmed exactly this. The FCA found a significant number of small and medium-sized enterprises lacked the correct coverage when making a claim, meaning they were out of pocket following a traumatic event.

To get the right policy, you need to negotiate. Here’s another stumbling point for many companies, says Mr Balcombe. “One of the biggest problems in insurance is online insurance. Don’t buy it online. People assume buying business insurance is like car insurance. It is not. You need to talk to a broker and get the proper advice. Otherwise you will never understand the wording and conditions, and how it affects claims and settlement,” he says.

Even the insurer you go with is a crucial decision. They are not all alike. Mr Balcombe advises: “You get what you pay for. If you go with an insurer like Hiscox, you’ll get a common-sense approach. Their name is their brand and so they would not repudiate a claim on a non-causative breach. But if you go to the Lloyds market and take out a policy with a fringe Lloyds syndicate offering a cheap-as-chips policy, they will look for every possible way out.”

Naturally, businesses need to insure the rights things. But what are they? There’s a long list of potential things, from key person and indemnity, to supply chain and brand reputation. How can companies know what to do?

John Hurrell is the man to ask. He’s the chief executive of Airmic, an association of risk managers in the UK. Mr Hurrell has a guide for the clueless. “You need to look at your business and identify all the things which, if something happened, would severely threaten you,” he says.

“This might include professional indemnity cover. If you are liable, and not covered, your business might not survive. Make a list of these and focus on them. Pay more, if necessary. This process will identify the less important things, too. Either stop buying insurance for these lesser issues or manage the risk better.”

When that task is complete, then scrutinise the policies. Mr Hurrell continues: “Look at your critical policies and have them reviewed by coverage lawyers. Look at the wording of the incidents you are most worried about. Also, do scenario planning. What would happen if things went wrong? You should look at the financial strength of your provider and their track record of paying out without undue hassle.” 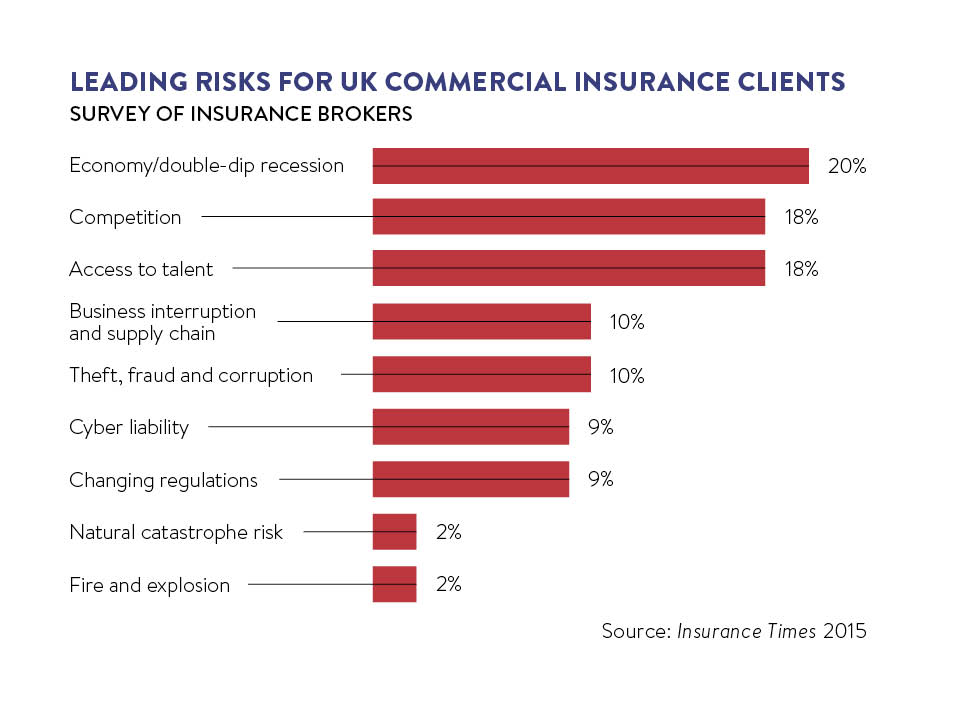 One vital step is to talk to the insurer about modifying policies. Five years ago insurers were rigid. They struggled to offer anything not on the menu. Today that has changed.

“Here’s an example,” says Mr Hurrell. “A hotel may take out coverage to insure against a terrorist attack. But what if there is a shooting incident in the area, however it doesn’t affect the hotel directly? The policy probably wouldn’t pay out. The hotel can talk to their insurer and change the policy so there is a pay-out under this circumstance.”

Entirely new products can be created when requested. Vrumi is a startup allowing homeowners to rent rooms out to freelance workers. It’s a novel idea – too novel for any standard insurance packet. So Vrumi worked with Safeshare Global and Lloyds of London to develop a policy that would cover users of the service. It’s an example of how flexible the industry has become.

The Insurance Act 2015 makes this opportunity to rethink contracts all the greater. The Act comes into force on August 12 and the government calls it “the biggest reform to insurance contract law in more than a century”, referring to the Marine Insurance Act 1906, which is the foundation stone for the industry.

In terms of claim approval, the Act aims to introduce a more reasonable and nuanced approach to claims. Under the old regime, a claim could be rejected on tangential grounds. For example, a factory burning down in Sweden could be denied a pay-out because the owner possessed a factory in India, but had failed to pass on this information to the insurer. The Act means irrelevant errors must be ignored. Relevant issues will be assessed in proportion to their impact on the claim.

The Act changes the way risks are reported. The old method demanded insured parties disclose every risk and circumstance the insurer might think relevant. A lot of guesswork was involved. Under the 2015 Act, there is a new “duty of fair presentation”. Insured parties must provide “all material circumstances” or make the insurer aware there may be need for further questions on their part. Ideally, disclosure should be more thorough and collaborative.

Companies will need to take advice on their new duties under the Act. Ben Aram, a partner at international law firm Kennedys, says: “Although this new duty is likely to reduce old practices by companies, such as ‘data dumping’, it also raises a whole range of unanswered questions on precisely what kind of information insureds are expected to deliver and how.

“Both savvy corporate insureds and their insurers are, therefore, likely to seek to negotiate and include in their policies the specific parameters of ‘reasonable’ searches.”

The Act will take a year or two to bed in. You’ll need excellent advice to navigate the choppy waters in this period.

In fact, it’s good practice to take advice on all areas of insurance. It is frankly amazing that so many companies fail to use brokers or independent loss adjusters in the event of a claim.

Mr Balcombe of Harris Balcombe offers some strong advice. “When a company has a major disaster they assume they need to phone an insurer. What they actually need to do is employ a loss adjuster. Don’t rely on the loss adjuster appointed by the insurers,” he says.

“Loss adjusters are not as independent as they make out. They are allowed to represent the insurer. You wouldn’t go to court without a solicitor or barrister. Why on earth would you entrust the financial security of the thing you value most without the correct support.”

Insurance is a tough game. Get it wrong and you could be badly out of pocket. With this in mind, it’s a wonder so many companies are novices. 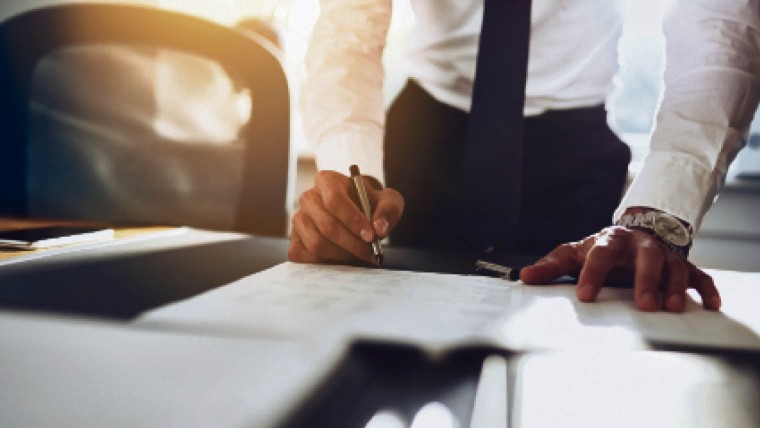 Michael Wood, commercial solicitor and insurance expert at Keystone Law, points out some critical nuances in the new legislation

The Insurance Act 2015 is supposed to be good news for businesses because an innocent breach of warranty by the insured will not, under the new law, entitle the insurer to avoid the policy completely and so avoid liability for what would otherwise be a valid claim.

The difficulty which will remain, however, is the use in the new Act of those opaque words “fair” and “reasonable”. Self-evidently, what is fair and or reasonable to one person may well not appear fair or reasonable to the other, particularly when the parties in question are parties to the same contract in relation to which they have fallen out.

It is said the new Act will redress the balance in favour of insureds, but this has yet to be tested. For example, section 8 provides that the insurer will have a remedy against the insured for a breach of the duty of fair presentation “only if” the insurer shows that, but for that breach, he would not have written the policy or would only have done so on different terms. But an insurer is always going to say one or the other of these two things, are they not?

There is nothing in the new law which suggests there will be any lessening in the number of cases coming before the courts, at all levels, where insurers and insureds dispute the insurers’ liability to pay.